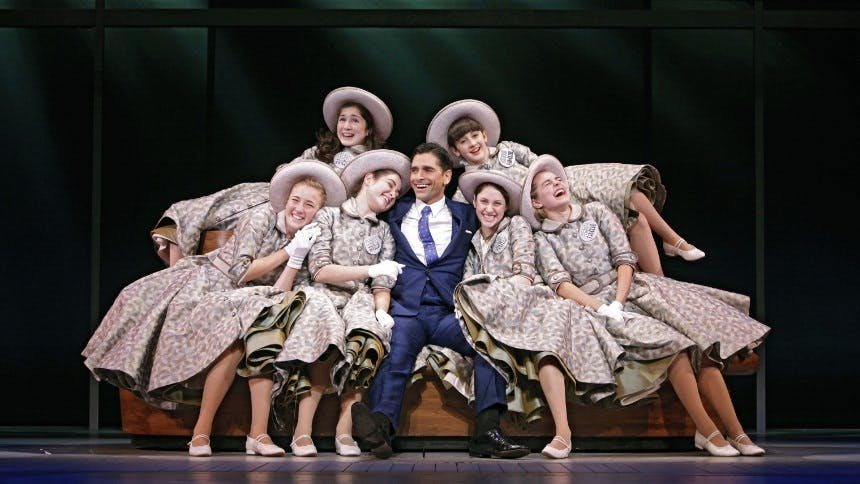 Everyone's favorite uncle is celebrating a birthday today. We're talking about none other than our beloved Uncle Jesse from the hit 90's television series "Full House" John Stamos.

Thanks to his rocking band on the telvision series, Jesse and the Rippers, we learned quickly that John Stamos has a heck of a voice! This music video that his character Jesse Katsopolis has over 2 million views. Once you see the smoldering looks to the camera and all of the candles ever produced in the world on the set, you'll see why:


This "Jesse and the Rippers" song is actually a cover of his longtime pals' The Beach Boys tune from 1970. Can we also say, we were today years old when we found out that John played the drums in the music video for The Beach Boys' iconic song "Kokomo" for the movie Cocktail?


Back to the matter at hand! We think John Stamos is wonderful not only for his time with The Tanners but because of all of the showtunes he continues to perform. John has appeared in 5 Broadway revivals making his Broadway debut replacing Matthew Broderick as J. Pierrepont Finch in the splashy 1995 revival of How to Succeed in Business Without Really Trying, followed by the Emcee in Cabaret, filmmaker Guido Contini in Nine, songwriter Albert Peterson in Bye Bye Birdie and most recently Senator Joseph Cantwell in Gore Vidal's The Best Man.

Let's revisit seven Stamos showtune moments where he is singing some Broadway favorites from his career and some which are inadvertently showtunes thanks to Beach Boys and Elvis musicals like Good Vibrations and All Shook Up! Happy Birthday John!


"Put On A Happy Face" from Bye Bye Birdie


"The Nicest Kids in Town" from Hairspray


"Jailhouse Rock" from All Shook Up


"Les Poissons" from The Little Mermaid


"Sloop John B" / "Wouldn't It Be Nice" from Good Vibrations