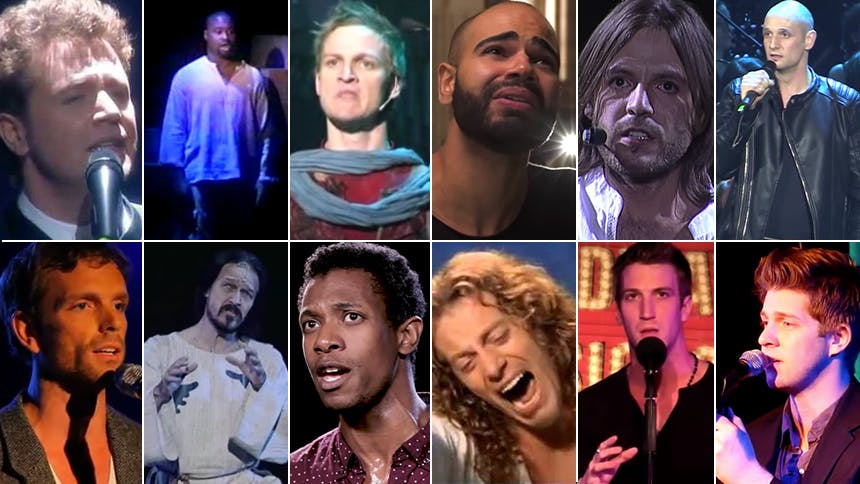 
While we have to wait until April 1 to hear John Legend fully unleash on “Gethsemane”, BroadwayBox revisits 12 of our all-time favorite performances of Jesus’ incredible Act Two showstopper.


Broadway’s golden tenor of the ‘80s and ‘90s infuses the piece with his Olivier-winning acting talents. He’s filled with passion and anger. And those soaring vocals, my lord. That voice don’t quit, not even for a second.


Broadway’s most recent Jesus and current Margaritaville star has legit one of my favorite male voices on B’way rn, so I’m living. What I like about Paul’s version is that he makes it feel like rock. There’s a little grit in his performance.


If you aren’t already obsessed with Drew Sarich’s killer voice, open YouTube in a new tab and treat yourself to a proper spiral. This is another very passionate performance and yet it feels so rock. This is what Superstar is meant to be—what it could be.


Nicholas Edwards performs an a cappella version that is my new religion. This is one of the most special performances on this list. Get ready.


Evan played Jesus in Paramount’s acclaimed all-black Chicago production, and these vocals. It sounds so fresh. I would put this version on my iTunes.


Glenn played Christ in the 2000 revival opposite Tony Vincent and the new film adaptation. His performance is very ethereal, which obvi. works for this moment, but he’s also more pleading than angry. I always liked his version because it felt like we were listening in on a private conversation between father and son.


The Kinky Boots Tony winner nails this. I love him from 2:59-3:20. He is singing for the lord throughout—serving vocals, vocals, vocals (um, that 3:42 moment). He leaves every inch of himself on the stage in this moment.


This is a great showcase for the West Side Story, Matilda and School of Rock alum. He has a huge voice! He needs a big singing role that lets him shine. DAMN!


Aussie Jesus is young and handsome and has some INSANE high notes in him. Slow start but then 2:35 happened and that high note. That’s just an appetizer for the big notes he goes to later.


I was not familiar with EMK before this video, but he has such a cool, interesting voice. Legit jaw drop from 1:59-2:10.


What is there to even say about what he does with this song? No wonder he’s such a legendary Superstar performer. Goosebumps!


Thanks to his performance in the film and subsequent tours, Ted IS Jesus to many fans, and he does not disappoint here. This performance is so thought out. Just beautiful.