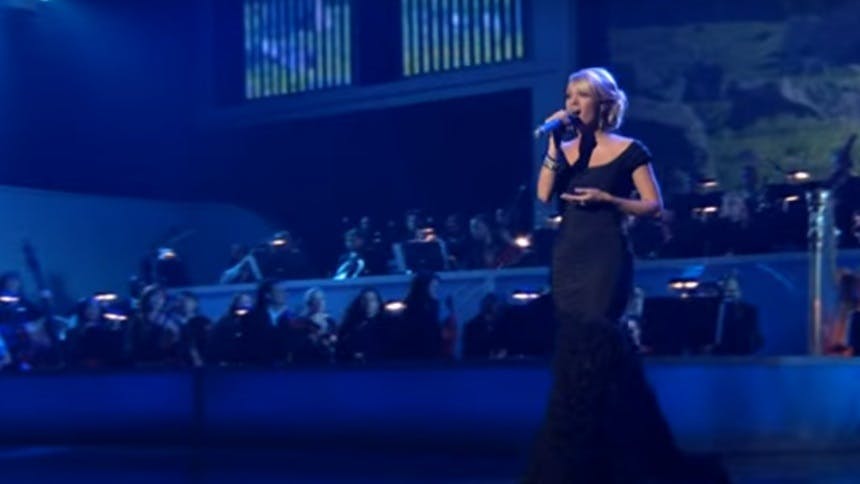 
Ulterior Motives: Starting at 2pm EST this afternoon, The Shows Must Go On! YouTube Channel will be streaming NBC's The Sound of Music Live starring Carrie Underwood (Maria), Stephen Moyer (Captain von Trapp) and beloved Broadway treasures Laura Benanti (Elsa Schrader), Christian Borle (Max Dettweiler) and Audra McDonald (Mother Abbess). It is free to watch and if you can't catch it at 2pm, it will be available for 48 hours! Set your reminders and don't forget to watch out for Laura Benanti's epic side eye moments!

Ultimate 🙌 🙌 moment: Carrie performed the title song about a year prior to the NBC Live broadcast which aired in 2013. We thought Carrie was a wonderful Maria in this inaugural staging of NBC live musicals. Peter Pan, The Wiz and Hairspray's live broadcasts soon followed on the network. Back to the tune! Carrie has a beautiful voice and shines on this tune with such grace. Our ultimate moment would be the surprise of what feels like a bonus alternate ending after singing the majority of the song more legit. You get two takes, audience! 3:24's more pop-y legit ending with that killer "music" is gorge. It lives up to the special's title - Movies Rock!

Newer
BANDSTAND Songs "Right This Way" In Honor Of Memorial Day
Older
5 GYPSY Ethel Merman Appearances "Some People" Will Like!
Sign up for BroadwayBox Discount Alerts