Hot Clip of the Day: A Solo Saxophone and "The American Dream" 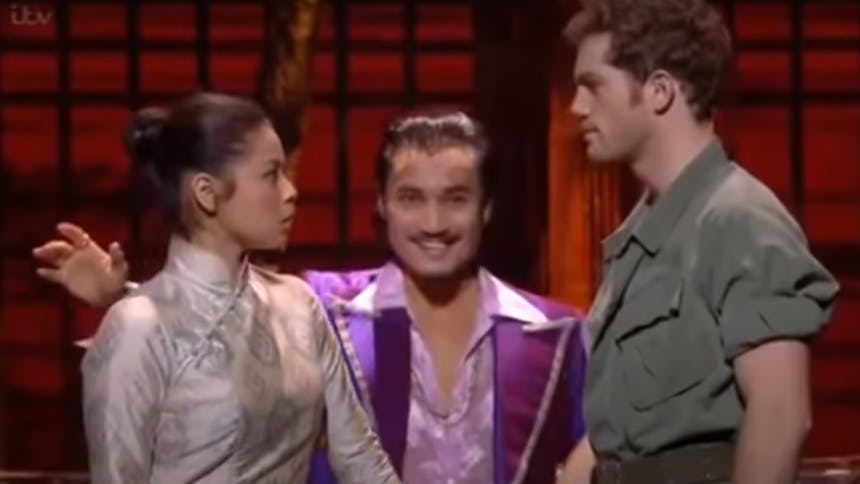 
Ulterior Motives: Our most recent Broadway revival of Miss Saigon from 2017 began its life on the West End today in 2014. The production starred Eva Noblezada as Kim, Alistair Brammer as Chris and Jon Jon Briones as The Engineer. The show participated in the 2014 Royal Variety Performance held at the London Palladium. The Royal Variety Performances are held every year in London to benefit the Royal Variety Charity. Members of the Royal Family attend the performance and in 2014, The Duke and Duchess of Cambridge, Prince William and Catherine, were in attendance.

Ultimate 🙌 🙌 moment: We have to pick two for each of these incredible songs. Eva and Alistair were a match made in heaven as Kim and Chris. Their voices are incredible together. I mean, how could we not choose those final lines at 3:25? Beyond! Now we have Jon Jon...and we can only pick one moment? We'll have to go with 5:23 when Jon Jon begins the chorus of the signature Miss Saigon tune. He is so charming and is slyly drawing the audience in to his fantasy of "The American Dream" almost at a whisper. The song builds with support by the huge ensemble but ends again with only Jon Jon holding the entire stage on his own - the audience completely enraptured.