Transformation Tunesday: 3 ANNIES Remind You "Tomorrow" Is Only A Day Away 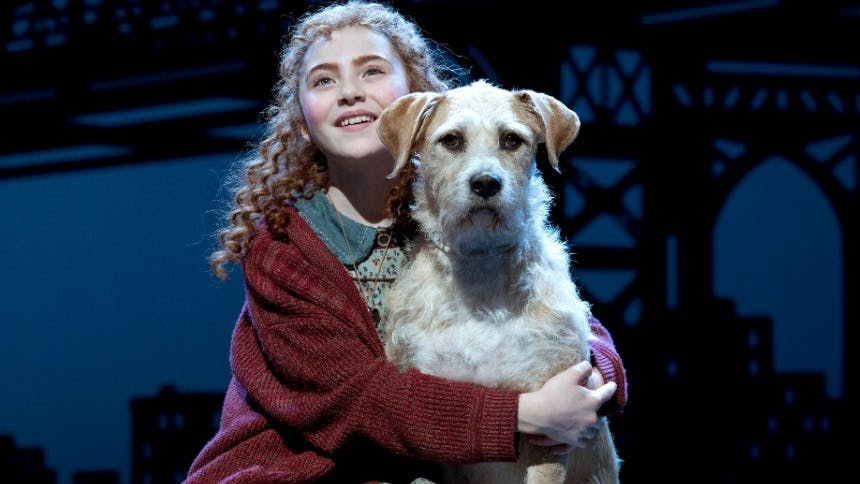 "I just stick out my chin, and grin and say - oh - the sun'll come out tomorrow!"


The "Tomorrow" of all "Tomorrow"'s. Broadway kiddo Andrea McArdle belted out this heartfelt anthem onstage of the Alvin Theatre (now the Neil Simon) back in 1977 with all the gusto. She's a natural here at the Tonys with all the confidence of a Broadway vet! Honest with every lyric. Also a miracle singer because Sandy was hiding behind her during the performance but by the time she sang that gorgeous finale, Sandy was proudly front and center. (Shout out to brilliant Sandy training by Bill Berloni). This is quintessential Annie at its finest with thanks to Andrea.


Ah, the 20th Anniversary Broadway Revival. A big casting contest was held which awarded the beloved title role to Joanna Pacitti. While the show was in Boston ahead of Broadway, Joanna caught bronchitis and was replaced with the 8 year old orphan who had been playing July, Brittny Kissinger, for the remainder of the out of town dates and ultimately the Broadway run. Brittny took the Tony Awards stage to belt out the show's treasure of a tune back in 1997. We can't get over how she sang the word "there's" at 1:08. They even included the book scene! Acting is on point beginning to end.


Lilla Crawford, Broadway's most recent Annie, had such a joy about her! How could you not be hopeful and optimistic when she's belting out this Broadway classic? The revival played Broadway's Palace Theatre with the fabulous Katie Finneran as Miss Hannigan. Lilla sounded fantastic on this showstopper.


Only last month, a number of Broadway mainstays and Annie alum, including Andrea McArdle and Sarah Jessica Parker, came together for a heck of a "Tomorrow" singalong. Wait until you see Jesse Tyler Ferguson! The video was produced by Julian Fleisher and Dickie Dibella as a benefit for Shields For Heroes, an organization fundraising to get PPE to medical frontline workers.