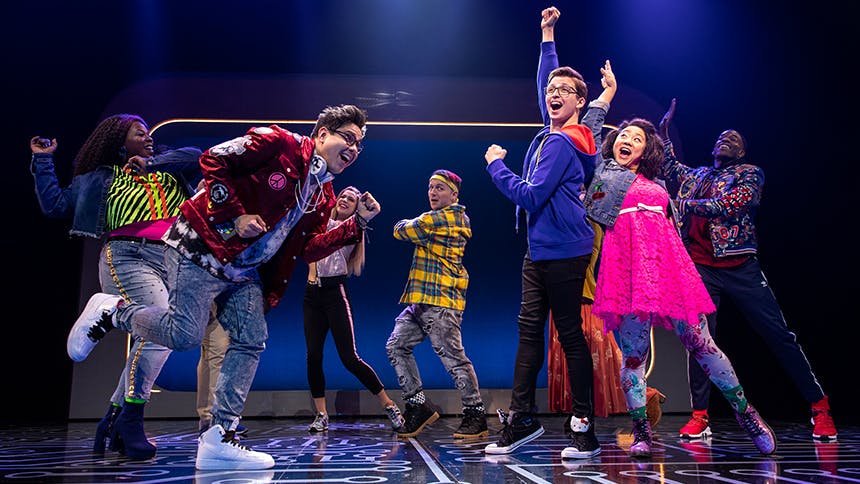 The musical Be More Chill

got a major upgrade. The new Broadway cast recording from Ghostlight Records dropped on Friday, and, like many of you, I had the album on repeat all weekend. Joe Iconis’ Tony-nominated score has never sounded better, and you can’t help but rock out to those Charlie Rosen orchestrations. After perhaps my 15th listen in a week, here are 20 random moments from this glorious cast recording that I find myself thinking about, mimicking, or rewinding to enjoy again.

1. The first moment comes midway through the epic opening number “More Than Survive”. I live for George Salazar’s Bob Marley-inspired entrance (4:24-4:45). Tell me that “gave me a generous pour” doesn’t make you feel groove just a little…

2. Another standout moment in the song comes from Katlyn Carlson when her Chloe laughs/sighs into “I like gay people” at 6:50.

3. Will Roland is painting with every crayon in the box on this album. Listen to him sing that “survive” over the ensemble at 7:47, and then rewind and listen again. #Obsessed

4. Gerard Canonico has a voice that doesn’t quit and when he hits that “it’s from Japan” (1:37), “The Squip Song” feels like a real rock anthem.

5. I live for this recording of “Two Player Game”, and I find myself desperately trying to mimic the wonder of George’s “high school is hell but we navigate it well” at 1:26 but to no avail.

6. The next moment also comes from “Two Player Game”, and it’s when George teases Willl at 2:56 with “favowite person”.

7. Now we’re 1:26 into the title song, and I love Will Roland’s “terrible?” and then his whimper after Jason Tam’s Squip confirms terrible.

8. Later in the same song, Jason Tam’s line reading of “that’s a girl's shirt” at 2:47 kills me every single time. This album truly has just the right amount of book that you want from a cast album. It’s a dicey game to play on Broadway recordings, but this one does it perfectly.

10. It wasn’t until the cast album that I picked up this French obsession of Lauren Marcus’ Brooke, and now it’s one of my favorite things. I truly die when she butchers the French at 2:24 in “Sync Up”. Top three moments on the entire album, IMHO.

11. Next, we jump to “Upgrade”, where it’s all about Britton Smith & Stephanie Hsu's Jake/Christine duet starting at 1:35. Though angsty teen me would have loved all the layered “tired of being the person everyone thinks that I am” at the end of the song.

12. The “Halloween” lyric, “cause a Halloween party’s a rad excuse to put your body through mad abuse” is an enteral mood.

13. Initially I thought, how can they improve “Michael in the Bathroom” for the Broadway recording when the original recording was so epic? But they do. Let’s start by discussing George’s “eye” into “I’m” at 2:50.

17. I truly feel joy listening to Jason Tam’s “The Pitiful Children”, especially from 1:02-1:05. His voice feels so fluid throughout.

20. Finally, the euphoric explosion at 3:53 in the catchy finale, “Voices in My Head”, delivers such a satisfying finish. It's like the love child of “Song of Purple Summer” and "The Tuba Song".

Download the Be More Chill cast recording today, and then see the musical live at Broadway's Lyceum Theatre.