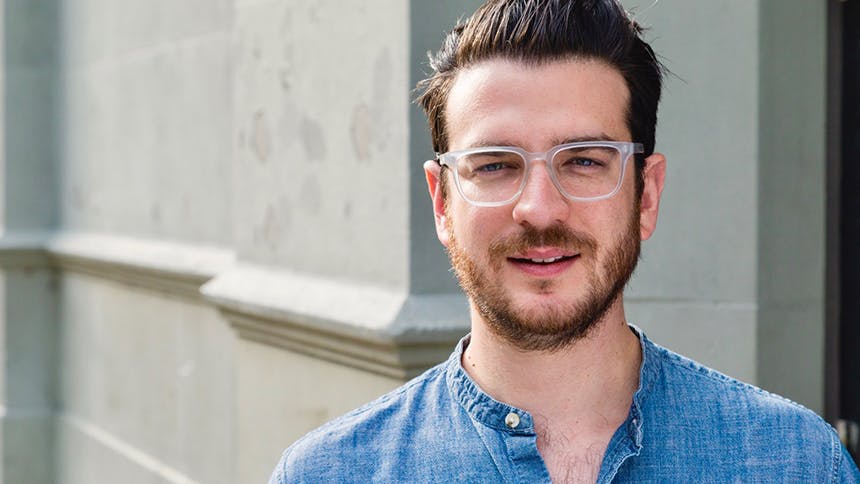 revival. Through his work, you hear the classic Rodgers and Hammerstein score completely anew, with heavy bluegrass influences and raw vocal power. It's a marvel to hear. A composer and sound designer as well, Daniel's previous credits include the plays Significant Other and Marvin's Room. BroadwayBox caught up with Daniel to discuss his Oklahoma! inspirations, working with the R&H estate, and how he describes each of his roles on this revival.


1. What were the early conversations with Daniel Fish that helped to shape and inform what you would do with the orchestrations for this revival?
We started with two questions: What instruments would have been common in the world of Oklahoma, turn of the century in the territory, and what instruments would be at a potluck event now? There’s an ethic for the production: everyone is in the same room. We want to be close to the actors and musicians, and be able to experience the human being making the sound. The bluegrass idiom gave us a way to have an intimate experience, and it was perfect for the story and world of the production.


2. What were the conversations with the Rodgers and Hammerstein estate like? How did that collaboration work?
Bruce Pomahac, the director of music for the R&H estate, encouraged our experimentation, and supported our investigation of what might be deeper in the DNA of the material. At the same time, we agreed that the musical architecture, along with the melodic, harmonic, and rhythmic rules of the piece are essential to the drama, and that if we left those intact, it would allow for a wider experimentation with the arrangements and instrumentation.


3. What was the most challenging aspect of creating the all-new sound for this Oklahoma! and how did you overcome it?
There were moments when the instrumentation pushed me outside my comfort zone and ways of thinking sonically. The pedal steel guitar, for example, is such a beautiful instrument capable of so much expressiveness and variety, but also requires a lot of technical skill and planning. Our guitarist, Brett Parnell, is not only a wizard but a generous collaborator, and worked patiently and creatively with us to experiment with what would make the parts work most naturally.


4. What were your major inspirations when working on this? What did you listen to? How did you marry country, bluegrass, and theatrical influences?
Hank Williams, Bill Monroe, Dylan... I’ve been inspired by Punch Brothers for a long time for what they do texturally and harmonically. They helped me realize a freedom to think orchestrally within the bluegrass idiom. But ultimately musical genre was just a point of departure…then we focused on the storytelling and making the music work dramatically.

5. What were the early theatre albums that rocked your world and truly inspired you growing up?
A Little Night Music, West Side Story, Cabaret, and Finian’s Rainbow. But I also was into jazz and learned many of the Cole Porter and Rodgers and Hart songs on the piano from a jazz point of view.

6. How does your process change when beginning orchestrating and arranging a musical vs. creating an original score for a play?
I love scoring and have been fortunate to do that with some profoundly talented directors in theatre and film. Scoring can vary so much project to project, but what’s always true is that the composer is responsible for how the music functions dramatically. You’re trying to make the best dramatic experience as part of a team, so you consider all tools available, melody, harmony, rhythm, instrumentation, sonic experimentation, synthesis, mixing, etc at every moment.

The special opportunity of working as an arranger or orchestrator with someone else's music is that you can detach yourself from the compositional choices, and dive even deeper into timbre and texture. When you’re the composer as well, and there’s a challenge; it can be tempting to rewrite the music entirely. When you’re orchestrating and trying to solve a problem, it can force an even more extreme creative challenge, because you have to try to make the same music achieve a new result.

7. For Oklahoma!, you are the music arranger, orchestrator, and music supervisor. How would you explain the difference between these three roles to someone isn’t familiar with them?
I think of the role of an arranger is concerning the conceptual predicament of a piece of music. Is it doing what it’s meant to be doing? How and why? An arranger can consider form, structure, style, genre, density, and is in conversation with a composer and other collaborators about how the music functions. Ask a different arranger, and you might get a different answer, but generally speaking, I think of an arrangement as something that can be played on a piano.

The role of an orchestrator is purely concerned with instrumentation: what instruments will play what notes of a previously arranged piece of music. This is a job that has to do with the technical rules of different instruments, the management of different lines or voices in an ensemble, and the workflow of a score.

The role of a music supervisor also has variations, but in most cases, it has to do with accountability for a final product, artistically and logistically. In the same way a music supervisor on a film would be accountable for achieving the right musical solution within the production’s parameters, coordinating between composers and clearances of commercial music, etc, in the theater, the same coordination is required, along with collaboration with music contractors, the sound department, stage managers, and more.


Get yourself over to Broadway’s Circle in the Square Theatre to hear what Daniel Kluger has accomplished with Oklahoma!.

Oklahoma!
Best Priced Tickets
Newer
Friday Playlist: The Quintessential Music of Frankie and Johnny in the Clair de Lune Tony Award Winner Audra McDonald
Older
#Mood: A The Play That Goes Wrong GIF That Captures How Each Day of the Week Feels