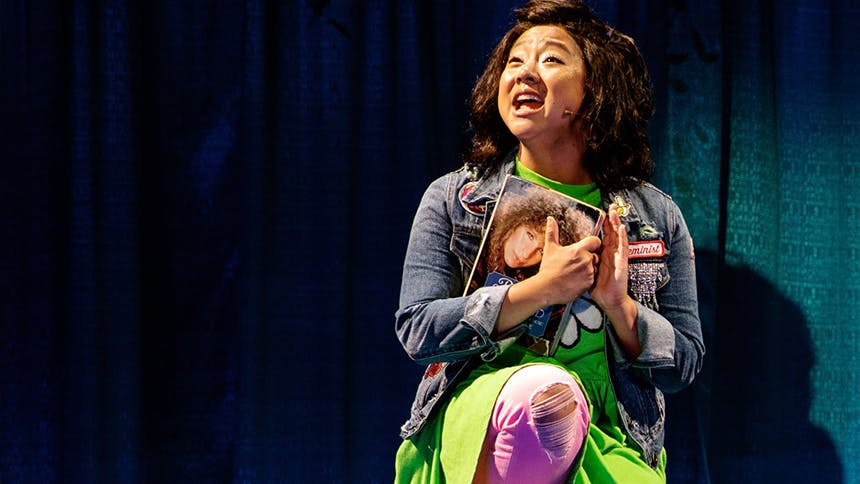 . Stephanie plays Christine Canigula, a high school theatre nerd who wins the heart of the main character, Will, and the school's jock heartthrob, Jake. Her big number "I Love Play Rehearsal" is a total showstopper and an anthem for musical geeks everywhere.

BroadwayBox caught up with Stephanie to talk about being a part of a cult musical, keeping Christine weird, moving the show to Broadway, and her recent B'way debut as Karen in SpongeBob.

1. How did you begin building Christine? When you saw it on paper, who did you want her to be? Were there conversations with the creative team that inspired your performance?
The first material that I really saw—the audition material I got for her—was “I Love Play Rehearsal” and I think Joe [Iconis] just does an incredible job of making it so clear who these characters are. He’s such a good writer that the heart of every character is right in the music. So when I got "I Love Play Rehearsal”, what was clear to me about Christine Canigula was her immense passion for the arts. As a personal agenda, I love to make people as weird as humanly possible, and as much of a clown as possible. I love to clown. So I think with the materials Joe gave me and my own secret desires to weird the world, Christine Canigula started to form.

2. What were you like in high school? Were you full-out “I Love Play Rehearsal”? What was your scene?
When I first started high school, I was playing basketball. I was always a very, very passionate person and I was always the class clown, but I was really resistant to drama actually. A friend of mine, Ryan Amador (who is now an incredible musician), kept pushing me to do theatre and I was scared that I was going to be a theatre geek. I was always a social butterfly, and I wanted to play basketball and do student government. But, of course, eventually I was deeply swayed—look at me now. The thing Christine and I share in common is a line from “I Love Play Rehearsal”: “I have mad, gigantic feelings, rad and frantic feelings about most everything.” That is definitely still most true to me.


3. Speaking of feelings, what were your feelings about coming back to Christine and this project a couple years later? Any nerves or just excitement?
Well, I was in Miami—we had a long weekend from SpongeBob and it was the dead of winter—and I was feeling so tired. I was on the beach when I got an email from Joe Iconis and before I even opened the email, I was like, “Oh my god, it’s happening again!” The way this has all happened is so crazy. When things become real, it’s a whole next level of feeling. I feel so honored and happy that we get to sink our teeth even deeper into this show and make it better and give it back to the young people who have shown us why this show is so important and special. 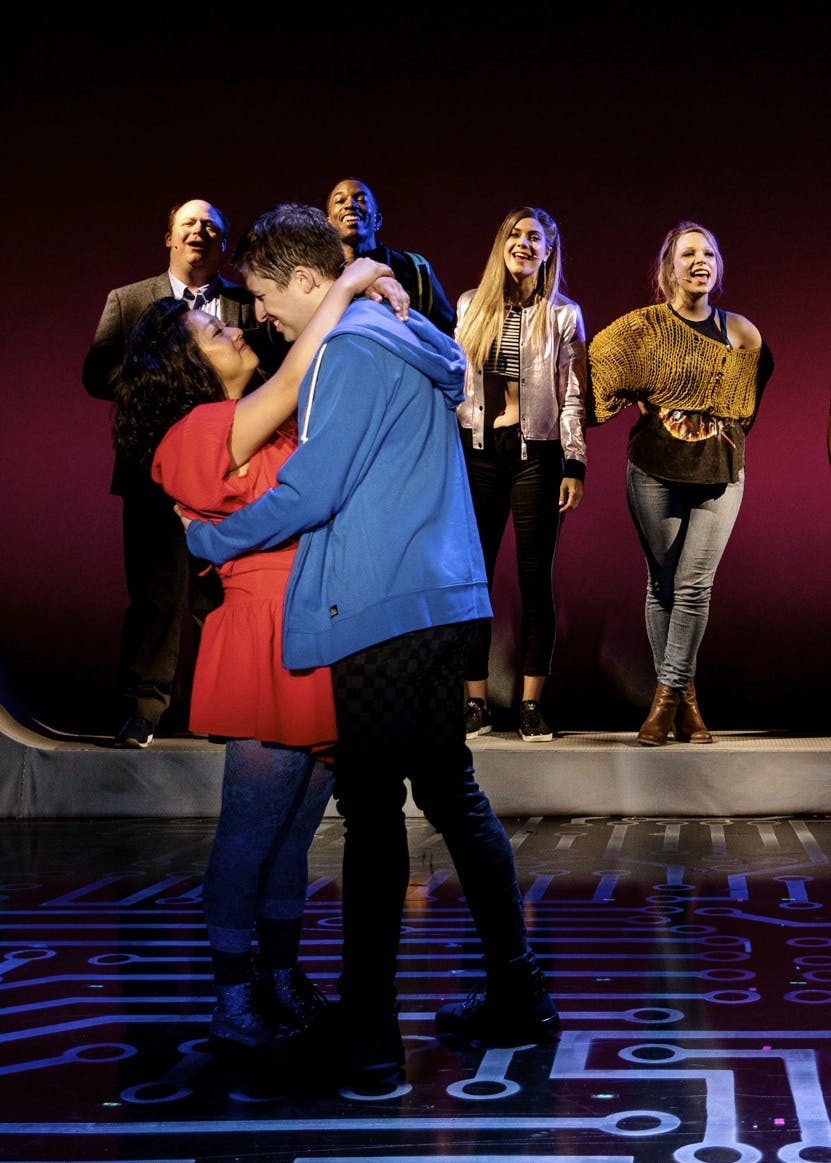 
4. Let’s talk about the young fans. What’s been the most memorable or cherished fan interaction?
The first moment I really knew that Be More Chill was as big a deal as it has become was my first stage door for SpongeBob. I walked out and these kids and their parents started singing “Christine” to me. I was like, “What’s happening?!”

The thing that has been most beautiful about meeting these young people at the show and stage door of Be More Chill is that they are the most diverse young people I’ve ever seen in my life (in terms of race, gender identity, sexual identity). It’s a vision of the future I can only dream of. Seeing these beautiful, magical young unicorns has been the most special part.


5. This is the final week of SpongeBob on Broadway. What was your favorite day in Bikini Bottom?
Every day there was a truly magical, weird day. That cast loves each other so much. I had been with SpongeBob for about six years, since the very beginning of development, and never in my wildest dreams was I thinking about Broadway. So, one of the most memorable days for me was the day that all the Tony nominations came out and we had a show that night. I don’t really care about awards, but because we were so the little engine that could—to be able to do that show that night and look at Ethan Slater (who is my friend!) and to know he is now a Tony nominee, and this show that is so much about taking care of the world and your community is getting acknowledged in this way. I’m getting goosebumps talking it. It felt so special. 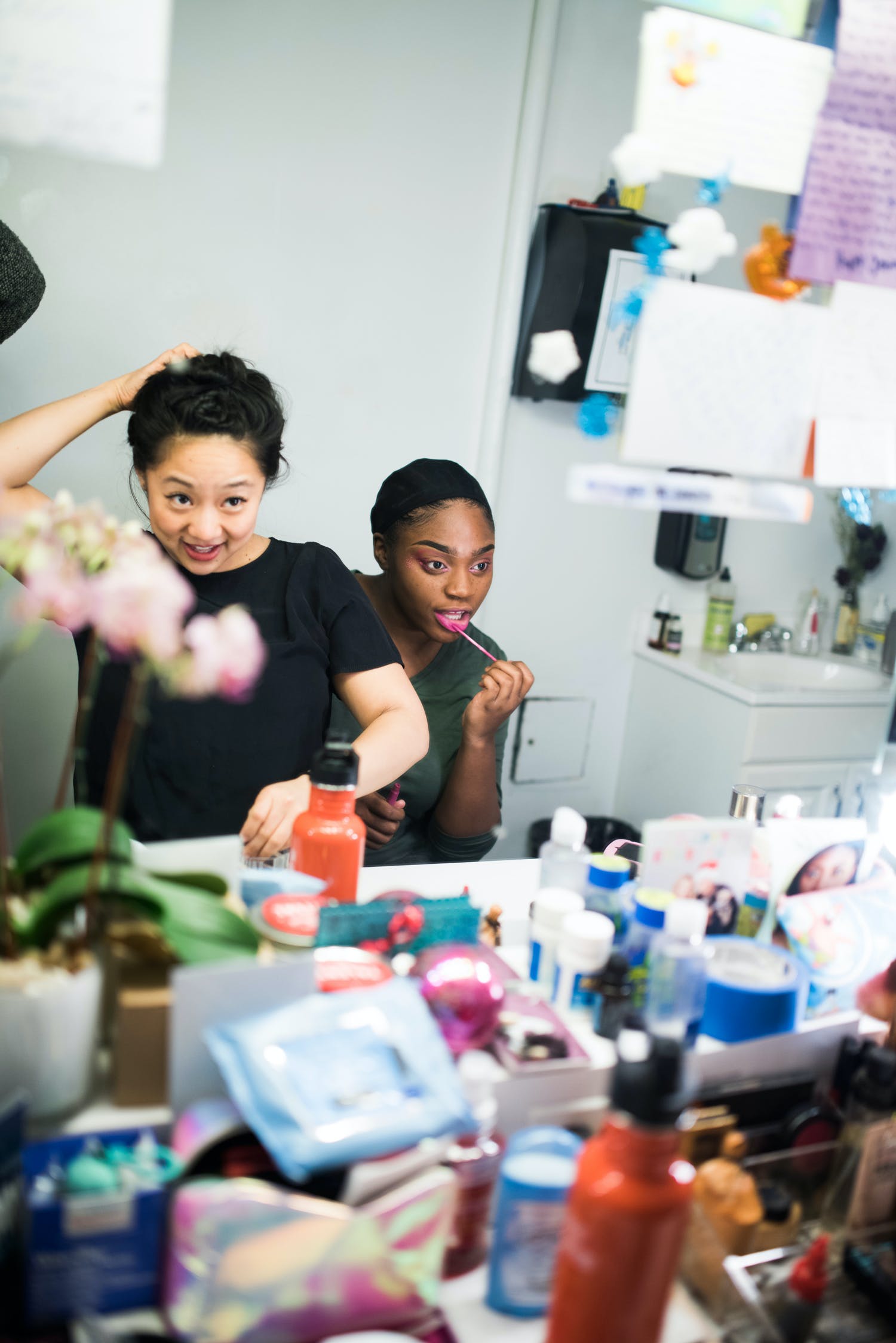 
6. Why do you think Broadway audiences need Be More Chill right now?
I’m still not over that we are completely sold out [off-Broadway], and that people from all over the world have come to see this show. A lot of young people are receiving so much healing from this show. We’ve gotten so many hand-written letters about the ways in which this show has really helped them through very dark times. I know this show gets lots of comparison to Dear Evan Hansen, but it’s so different! I think this deserves a Broadway run because there are so many people who are waiting to receive the benefits of this show and the heart of this show in person. You can love an album, but to experience something live in this art form is so powerful. These kids want to be in the room with hundreds of other people like them to experience this story.


7. There were some major cast changes from the premiere in NJ to the New York production. How did the cast changes affect the chemistry of Be More Chill in NYC?
The nature of this business is that things are always changing. The people in New Jersey were phenomenal, but this particular cast is so powerful that I really think it has elevated this show in a really beautiful way. There’s no comparison really. It’s a new cast. From the get-go this felt new—the three-years-later, 2.0 version of Be More Chill. New life, new power, new joy, new freakdom.


Don't miss Stephanie Hsu as Christine in Be More Chill off-Broadway at the Signature Center through September 23, or see the show on Broadway at the Lyceum Theatre beginning in February 2019.