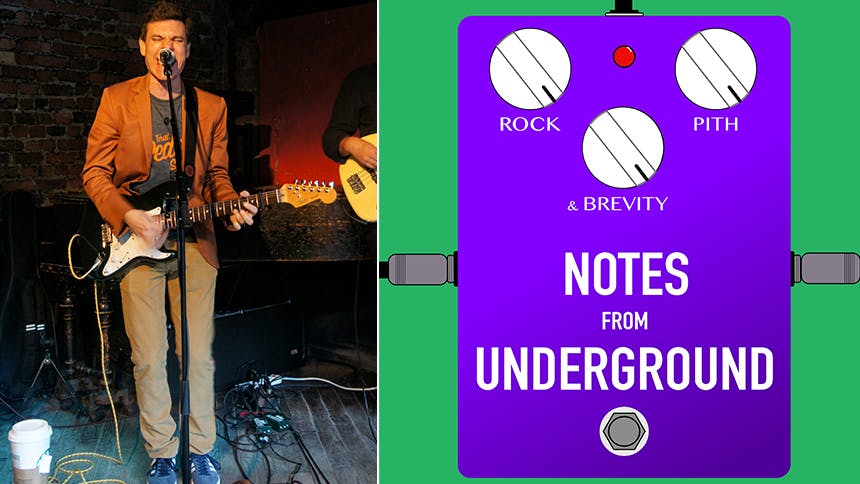 Aaron Krohn has much to celebrate this fall. The actor and songwriter (who previously appeared on Broadway in Summer, The Coast of Utopia, Cabaret, Macbeth and more) returns this fall understudying in the MTC transfer of the UK hit The Height of the Storm. This month, he also releases the debut EP for his band, Notes From Underground, and it’s awesome! The new album titled Rock, Pith & Brevity drops Monday, September 16 and the band is celebrating with a release show that night at The Bowery Electric. Notes From Underground is inspired by fast-paced British pop/punk and consist of Krohn on guitar & vocals, Bethany Jillard Krohn on vocals, Roman Palylyk on bass, and Eric Poland on drums. Each song on the album is a total bop. Click below to get a first listen to their lead single, “Simply”.