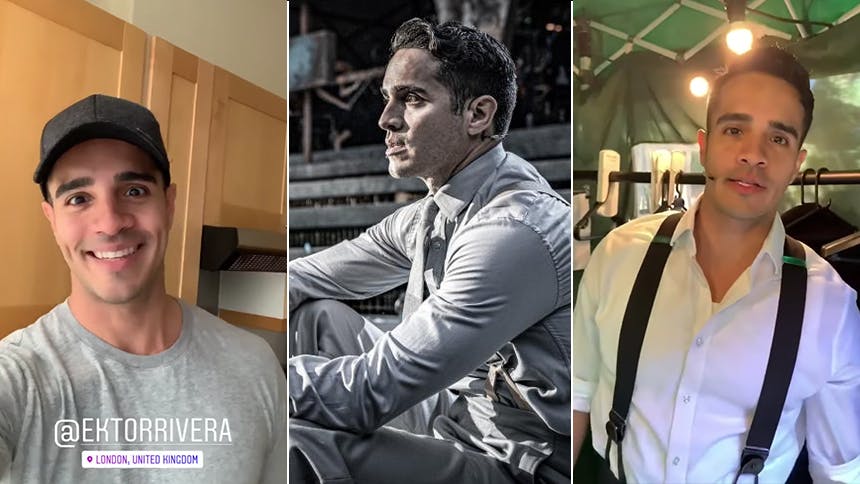 Ektor Rivera is taking the world by storm. After finding success on stage and screen in Puerto Rico and making a sensational Broadway debut as Emilio Estefan in On Your Feet!, Ektor makes his UK debut starring as Juan Peron in the hit London production of Evita at Regent’s Park Open Air Theatre. Directed by visionary Jamie Lloyd (Broadway’ Betrayal), this Evita offers a fresh new spin on Andrew Lloyd Webber and Tim Rice’s beloved musical.


Before the production concludes its run on September 21, Ektor took over the BroadwayBox Instagram to offer us an incredible, detailed, and fun look at his two-show day in Evita. Watch the full video below to fall in love with this cast, see how Ektor and the company prepare, and see the amazing, unique space.

Newer
Introduce Yourself(ie): 10 Questions with Broadway's Final Carole King, Beautiful Star Sarah Bockel
Older
Get A First Listen to “When You Believe” From The Prince of Egypt Musical in London
Sign up for BroadwayBox Discount Alerts