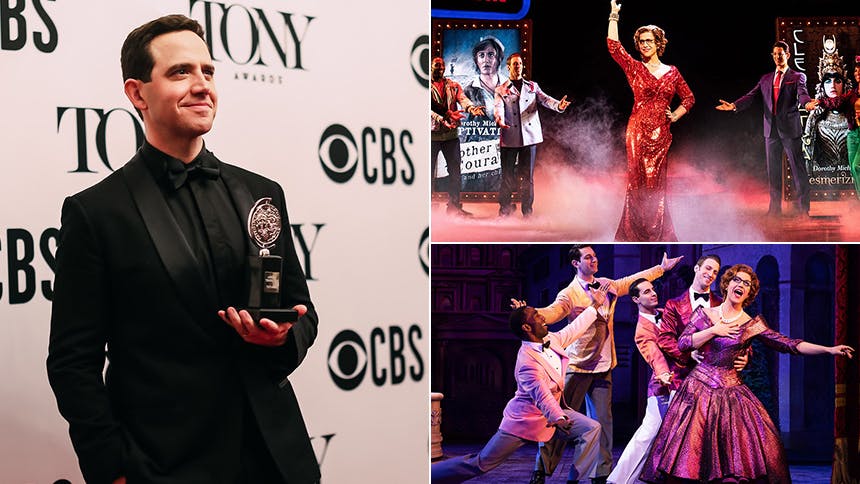 Santino Fontana is a name Broadway audiences know, love, and respect. His career began with featured roles in Billy Elliot and Sunday in the Park with George before he made his name with critically-acclaimed and award-nominated starring roles in The Importance of Being Earnest, Sons of the Prophet, Act One, Brighton Beach Memoirs, Cinderella (Tony nomination) and Hello, Dolly! He voiced Hans in Disney’s Frozen and co-starred on the popular TV series Crazy Ex-Girlfriend. This year, Santino Fontana won his first Tony Award for leading the Broadway musical adaptation of the Oscar-winning movie Tootsie

. Like Dustin Hoffman before him, Santino stars as both Michael Dorsey and Dorothy Michaels, and his performance won him the Tony, Drama Desk, and Outer Critics Circle Award for Best Actor in a Musical.


Before Tootsie concludes its Broadway run on January 5, BroadwayBox caught up with Santino to talk about the joy and challenges of leading Tootsie, what he learned during his time as Dorothy, and where he keeps his Tony Award.

1. What was your reaction when Scott Ellis approached you about bringing this character to the stage?
Excited. I knew I wanted to work with Scott again, so I was excited by that possibility.
What was your reaction the first time you saw yourself in William Ivey Long’s Dorothy costume?
I think I’ve blocked it out.

2. What was the biggest challenge in creating your Tony-winning performance? What was the greatest joy?
The joy was the people. The joy was getting to work with people I was a fan of before and now am friends with. The biggest challenge, which was also fun, was keeping all the balls in the air at every moment in each performance—comedically, dramatically, physically, vocally, and emotionally…and of course…the 27 never-ending costume changes.

3. Where do you keep your Tony Award?
It’s in a closet.

4. Michael learns a lot from his time as Dorothy. What has your time as Michael & Dorothy taught you about yourself?
A lot has happened since Scott called me about this script back in 2016. The last several months alone, I became a father, I lost my grandfather, and I lost my grandmother. I keep thinking of that great quote about how in life there’s really just love and work. And whereas Michael was solely focused on work and willing to do anything to get it, his heart is opened up to love and the people around him by the existence of Dorothy. I think it’s reminded me in a larger way why I love what I do. To step into the shoes of someone else. You can intellectualize empathy, but literally stepping into the shoes of someone else reminds you that there are challenges that others face that you couldn’t possibly experience. It’s reminded me to always give people the benefit of the doubt. You never know what they’re going through. And how, in stepping into other people’s shoes, you’re also able to awaken parts of yourself that would have otherwise been blocked to you. It’s reminded me again how fortunate I am to have the support of my friends and family, especially my wife and new daughter, Grace. Who is, by the way, perfect.

5. What has been the biggest “pinch-me” moment of this entire Tootsie experience?
I got to meet some people that I never in my wildest dreams thought I’d meet. Hanging out with Carol Burnett will keep you on a high for a long time.