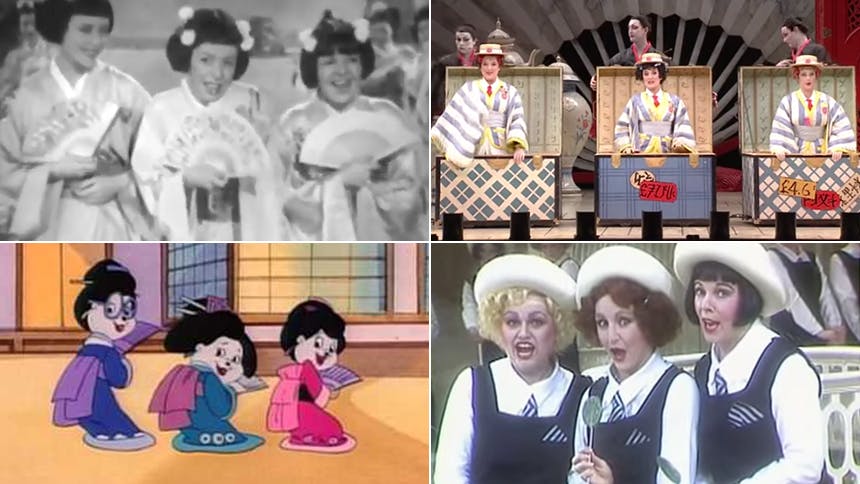 is back on NYC this month in a new production by the New York Gilbert & Sullivan Players, running at Hunter College December 27 through January 5. The operetta has been performed on Broadway a total of 33 times, the first production was in 1885 and the last production was 1987. To celebrate this limited revival by America’s preeminent professional Gilbert & Sullivan repertory company, BroadwayBox shares 10 renditions of the show's most famous number, "Three Little Maids from School", performed in Act I by Yum-Yum, Peep-Bo, Pitti-Sing. (Warning: many of these renditions would be problematic today.)