Cages or Wings - Which Do You Prefer? A Video Scrapbook of Jonathan Larson's Boho Days to tick, tick... BOOM on Netflix 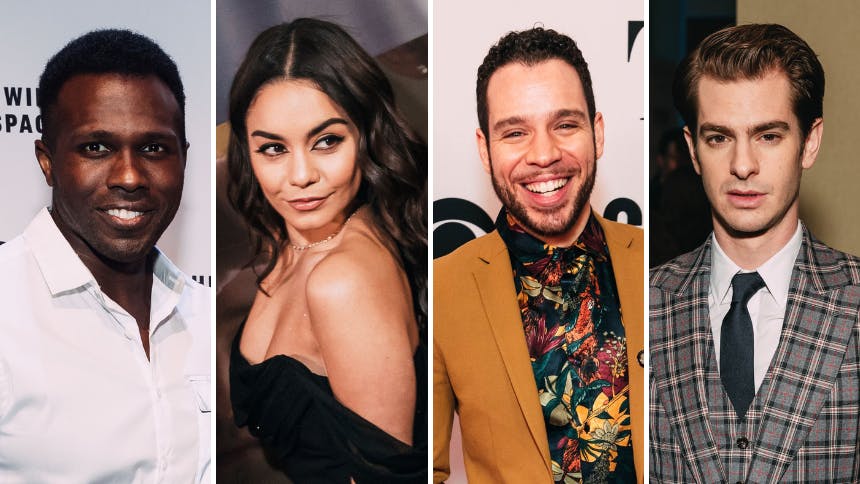 "Do you know how many Jonathan Larson's there are? One."

This goosebump inducing line appears on the newly debuted film trailer for the upcoming Lin-Manuel Miranda directed film adaptation of Jonathan Larson's autobiographical musical tick, tick...BOOM! was released recently and we have watched it... three times. It looks incredible and so many Broadway faces are in the mix! Starring as Jon is Tony Award winner Andrew Garfield. In the trailer you'll see Tony nominee Robin de Jesús as Jon's friend Michael as well as additional characters not originally seen in the stage musical like Tony nominee Joshua Henry as Roger and Vanessa Hudgens as Karessa.

It was 1991, five years prior to the Off-Broadway and eventual Broadway premiere of the Pulitzer Prize and Tony Award winning musical Rent, Jonathan premiered his solo musical tick, tick... BOOM Off-Broadway at the Village Gate.

Years following his sudden death in January 1996, the morning of Rent's Off-Broadway premiere, this musical ode to the life of an up and coming New York City musical theatre composer in the 1990's had incredible productions Off-Broadway ahead of their forthcoming film premiere. Which do you prefer? Don't say the answer - they were all superb!


The moment that made us catch our breath was at 1:20 and the tease of one of the show's most iconic songs "Louder Than Words." Nothing beats that outstanding a capella section with that gorgeous harmony. Come along as we look back "Louder Than Words'" progression through the years. We cannot wait for the film adaptation of this beloved Off-Broadway musical

Newer
Hot Clip of the Day: Ryan Steele Dancing James Kinney Choreo on a NYC Rooftop is Heavenly
Older
Stars Like Them! Baby, They Were Born To Sing Springsteen!