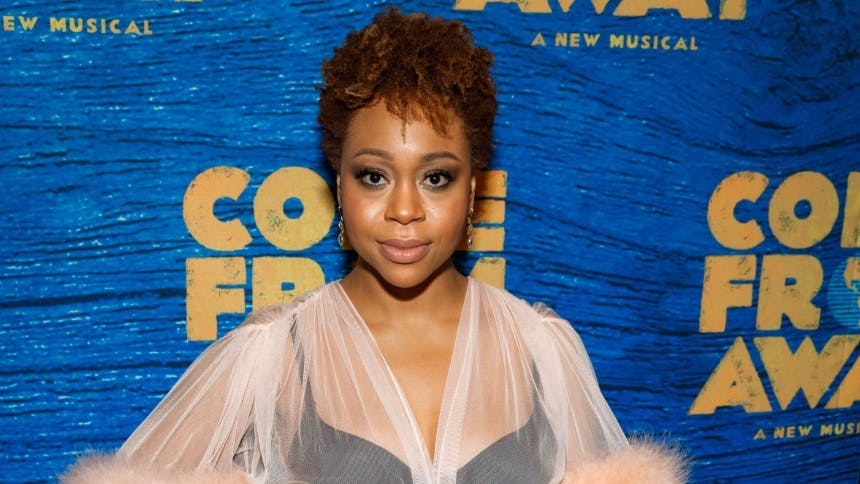 
Ulterior Motives: If you are like us, you are still reminiscing about Broadway's Tamika Lawrence's out of this world "Seasons Of Love" solo from NBC's "One Night Only: The Best of Broadway" special. The sensational Broadway star, who is celebrating a birthday on January 11th (!), has appeared on Broadway in The Book of Mormon, Matilda The Musical, Beautiful: The Carole King Muiscal, If/Then, Come From Away, Gettin' The Band Back Together, and the upcoming Caroline, or Change. Be sure to check out her EP Two Faced wherever you enjoy your music!

Ultimate 🙌 🙌 moment: Stunning. So stunning! Tamika appeared at If/Then co-star Idina Menzel's benefit show for her charity A Broaderway. Tamika sounds phenomenal on this classic song. She has such a command of the stage and we live for when she so effortlessly prompts the band to repeat the chorus again at 2:13 so she can deliver our ultimate moment. Even the background vocalists are applauding before she finishes the song!