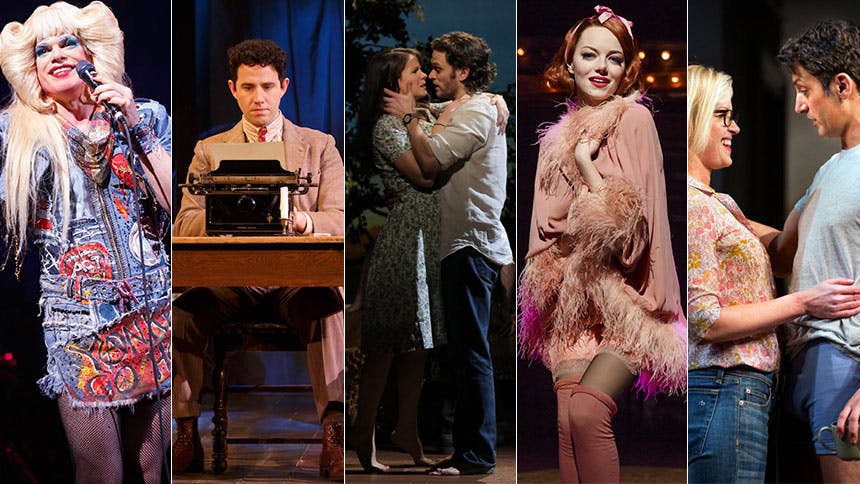 Who would we be if we didn’t compile a year-end list of our 10 favorite shows? Below, BroadwayBox remembers the plays and musicals that offered the most magical nights at the theater in 2014.

1. Hedwig and the Angry Inch

This revival tops our list because all three headliners have been beyond superb. It was consistently great. Neil, Andrew and Michael make this the number one show of the year.

2. The Bridges of Madison County

This underrated musical was so much more than just Jason Robert Brown’s Tony-winning score. It was first-rate Bart Sher and Kelli O’Hara & Steven Pasquale in career-defining performances.

We may never see a better production of ‘Les Miz’ or a better ensemble to perform it. And let's be real: if Ramin Karimloo didn’t win a Tony playing Jean Valjean, no Jean Valjean ever will.

Just try to say you didn’t cry when Andrea Martin was making her way to the balcony and Santino Fontana stops her so they could take their place in the orchestra. #AllCriedOut

The six stars of ‘On the Town’ elevate this revival from a ‘40s chestnut to one of 2014’s most-talked about and acclaimed musicals.

This Pulitzer Prize winner is 90 jam-packed-minutes of jaw-dropping drama and we couldn’t get enough.

8. Curious Incident of the Dog in the Night-Time

There’s a reason ‘Curious Incident’ is the most Olivier-winning play of all-time, because it’s just that good.

‘If/Then’ just keeps getting better as time goes on. Each repeat visit brings something new to light, and any show that could do that consistently deserves to make the list…and the cast and the score are some of the best on B’way.

Head over to the Golden Theatre to see Actors (capital a) Acting (capital a)—it’s just remarkable to see these six work.


Off-Broadway shout-outs to the wonderful productions of The Fortress of Solitude, Sex with Strangers, Heathers, The City of Conversation and Every Brilliant Thing.