10 Plays, Concerts and Musicals Worth Braving the Cold for in January

Don’t let the post-holidays funk set in; keep yourself busy in New York this January with these 10 awesome, hand-picked plays, musicals and concerts.

1. Gavin Creel is back on Broadway as the new headliner of the Tony-winning blockbuster The Book of Mormon. That’s right; America is finally going to get to hear Creel’s insane, Olivier Award-winning vocals on the songs “I Believe” “Two by Two” and “All-American Prophet.” Creel converts can begin attending services on January 6 at the Eugene O’Neil Theatre.


2. Speaking of new stars worth getting super-excited about, It’s Only A Play reopens January 7 at the Jacobs Theatre. When the fall’s biggest hit begins anew, it will star Tony winner Martin Short, Tony winner Katie Finneran and 30 Rock and Weeds alum Maulik Pancholy opposite returning headliners Matthew Broderick, F. Murray Abraham, Stockard Channing and Micah Stock. And now there’s a discount so it’s even better than before.

3. Ok, last one about replacement stars but hello, Veep and My Girl actress Anna Chlumsky and Emmy winner Richard Thomas are joining You Can’t Take It With You on January 6—and if we can’t geek out over that, then what’s the point?!?

4. Chances are if you are reading BroadwayBox, you saw the film adaptation of Into the Woods over the holidays; and chances are you’re going to want to check out Roundabout Theatre Company and Fiasco Theatre’s off-Broadway mounting of the musical that features just 10 actors and a piano. It’s Into the Woods like you’ve never seen it before.


5. Watch out Wicked because The Woodsman returns January 13 off-Broadway at 59E59 Theaters. This visual feast tells the story of the Tin Woodsman using gorgeous puppetry. It’s a must-see for Oz fans and Jim Henson fans.

6. Another show returning off-Broadway is Stephen Adly Guirgis’ acclaimed dark comedy Between Riverside and Crazy. Critics and audiences alike went wild for the show, which tells the story of an ex-cop and his recently paroled son who refuse to give up their rent stabilized apartment on Riverside Drive. Snag your tickets early for this limited run at Second Stage Theatre.

7. All we needed to do was see photos of the new off-Broadway musical Nevermore- The Imaginary Life and Mysterious Death of Edgar Allan Poe to know we wanted to see it. Just look how cool and unique this looks, and it had two sold-out runs in London before arriving in the Big Apple, so you know it’s legit. New World Stages goes steampunk beginning January 14. 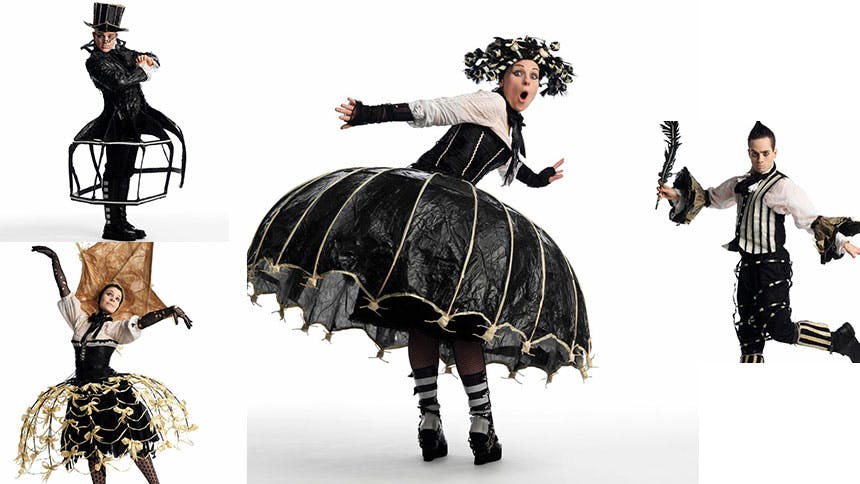 
8. The Public Theater has a busy January with Bridget Everett’s Rock Bottom back by popular demand and the annual Under the Radar Festival, which showcases new and daring theatrical works from around the world. Whatever your cup of tea, The Public is serving it in January.

9. Caissie Levy, Kacie Sheik, Jason Gotay, Ben Crawford, Andrew Kober and many more are taking the stage at 54 Below on January 5 to perform brand-new pop songs written by Drew Gasparini. Keepin’ the Party Going is like the hair of the dog to your New Year’s Eve shenanigans, and who doesn’t love a little HOTD?

It's Only A Play
Best Priced Tickets

You Can't Take It With You
Best Priced Tickets

Into the Woods
Best Priced Tickets

Between Riverside and Crazy
New
Discount up to $40
Newer
Five Spring Shows To Be Uber-Excited About
Older
Let the First Album of Your 2015 Be I’ve Been Played: Alysha Umphress Swings Jeff Blumenkrantz