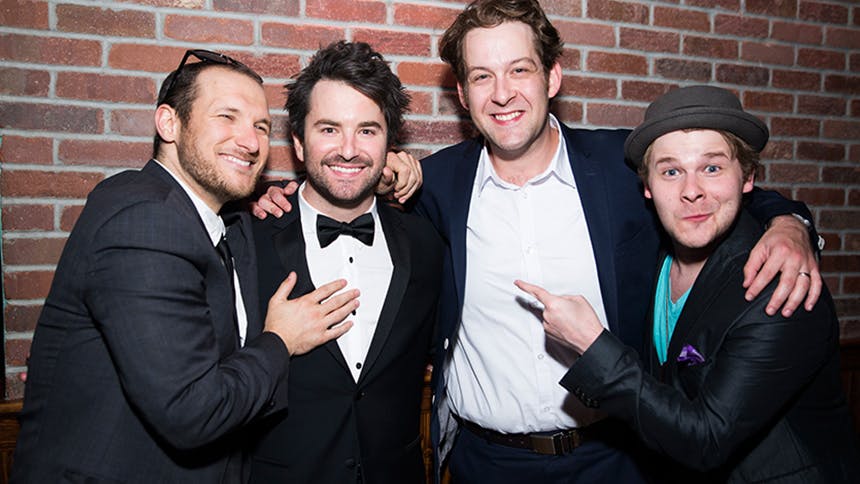 Multi-hyphenate entertainer Marc Summers (TV host of such favorites as Double Dare on Nickelodeon & Unwrapped on The Food Network) has a new series at Feinstein's/54 Below titled Marc Summers Presents, where he showcases theater artists who inspire him with their refusal to be singularly defined. The first concert is an exciting one, Marc Summers Presents: Drew Gasparini


In anticipation of the one-night-only concert event, BroadwayBox asked Drew's best friends—Broadway’s Alex Brightman, F. Michael Haynie, and Andrew Kober–with whom he performs a unique brand of absurd and obscene comedy as “The (M)orons” about the first song of Drew's they remember hearing and then their all-time favorite Gasparini tune. Here's what the guys said. 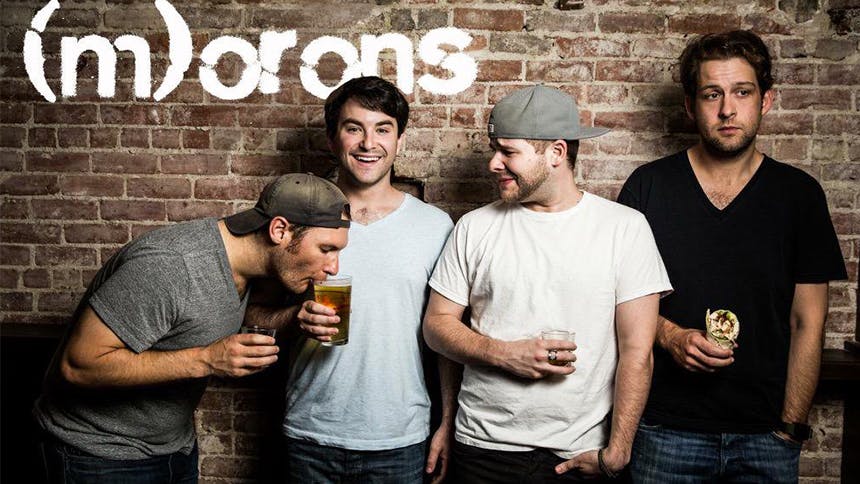 
The first song I ever heard from Drew I think was "Michigan." At first I thought he was a singer/songwriter, the likes of Jason Mraz or Ed Sheeran. I didn't think he was a musical theatre composer. Turns out I was sort of right on all accounts. He is somehow both and neither and I think that's a strength of his. He toes a line between super commercial and hooky music (singer/songwriter) and deep emotional storytelling (composer). I remember I heard "Michigan" as I was leaving a venue and the song, and his voice singing it, stopped me in my tracks.


My favorite Drew song changes all the time. For now, I think I'll say that my current #1 Drew jam is from the show that we're currently developing, It's Kind of a Funny Story. It's an ensemble-driven introduction/production number called "Six North." It really shows what I talked about above...it's extremely catchy and hummable, and also manages to do a ton of work within the song. We have to meet a number of different and interesting characters and he manages to quickly and succinctly profile them. He's very good at what he does. And I'm only saying that because he paid me to.


I first heard Drew’s music in early 2011 at an event at the 92Y Tribeca. It was an event with young composers showcasing music from their “rock musicals”, and I was there to sing another composer’s music. I stayed for the rest of the set, and heard Drew sing "If I Had You", and was immediately hooked. It’s catchy, breezy, sincere, and funny, and I wanted to meet Drew and sing his music right away. To this day, I tell him it’s the only song of his that I like.


That is, of course, not true. I like two of Drew’s songs, and this is the second one. There’s something in the simplicity and the heartache of this song that brings it into my mind-ears every couple of weeks, specifically in the one-of-a-kind special voice of Drew’s sister, Chloe Gasparini. This song is like a wave, and in some ways feels like the companion piece to "If I Had You". Drew has written two good songs.


The first Drew song I ever heard was “Dear Lucy”. We got hooked up by a mutual friend and Drew asked me to sing it in a show of his. The day we met ended in a private karaoke room with Brightman, Drew, myself, and several beverages. It was a night for the books. After all of that, on the day of his Joe’s Pub show in February 2011, I was on set for a film, got held up, and never made it. Luckily, He gave me another shot at it.​


My favorite song of Drew’s is "The Pile". It feels so personal, and it always will mean so much to me because he trusted me with it the first time it was performed live.


When we were doing Grease together at Surflight, we had much backstage time together since we were in few scenes! I would ask to hear what he was working on or what he would think I might find entertaining or amusing. He introduced me to "A Little Bit," a song that tells a story of a young man who is coming out, on the phone, to his mom. It is told in such a sweet and funny way and presented in a form that was totally new to me at the time. I thought, how clever.


Perhaps my favorite song is "Little Miss Ordinary." It, too, tells a story of a young performer starting off in show business, in a poignant manner, that I think relates to all of us in this industry. It describes a person I have seen many times. And it is, in many ways, what this evening is about. What drives people to stand in front of strangers and want to be loved?