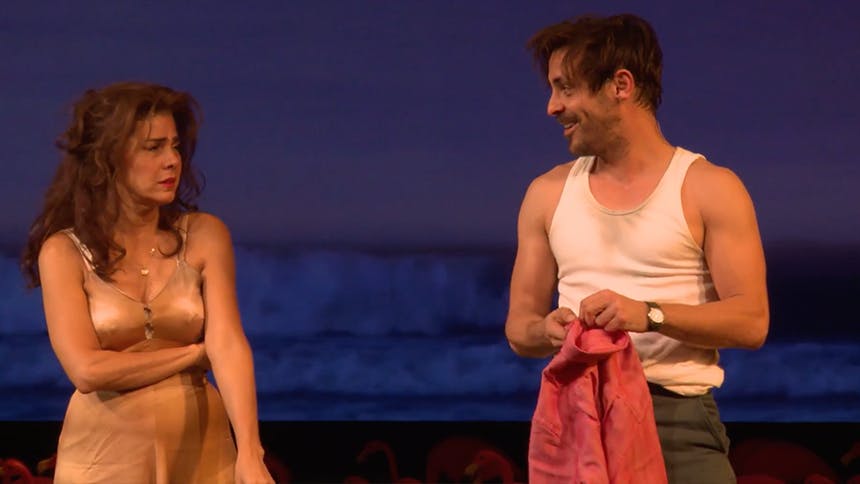 . Directed by Trip Cullman, the vibrant and intoxicating production follows Serafina Delle Rose (Tomei), a Sicilian widow coming to terms with betrayal, love, and sex, and features a fantastic featured performance by Emun Elliott as her hot young lover, Alvaro Mangiacavallo. Scroll on to watch three short scenes from the new Broadway production of The Rose Tattoo.

The Gift of the Rose-Colored Shirt


Mangiacavallo Shares How He Feels


Getting a Rose Tattoo