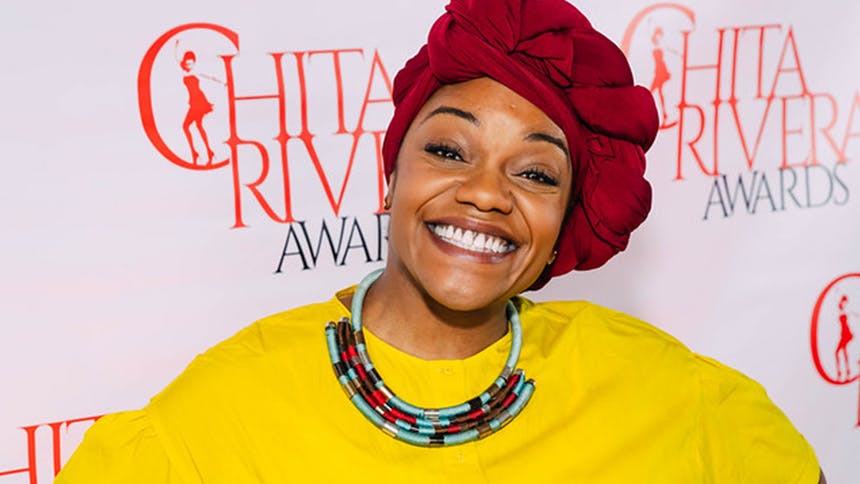 The devastatingly talented Kenita R. Miller joins the hit Broadway production of Come From Away

in the role of Hannah and Others, replacing OBCer Q. Smith.

Tonight, Kenita R. Miller joins our Broadway company as Hannah (and others)! We are so excited to welcome her to The Rock! #SheIsHere


This is truly terrific news for the Drama Desk & Chita Rivera Award nominee’s longtime fans who have adored her as Mama Euralie in the Tony-winning Once On This Island, Celie in Broadway’s original The Color Purple, as LaChanze’s Dessa Rose understudy in Dessa Rose, or in Working, Bella, Xandu & Langston in Harlem. Scroll on as we appreciate the musical treasure that is Kenita R. Miller in this mini YouTube spiral.

“Ti Moune” from Once On This Island


A look at her Drama Desk-nominated performance as Mama Euralie. Her and Phillip Boykin were the perfect pair in this revival.

“Wheels of a Dream” from Ragtime with Quentin Earl Darrington


I love how deliberate this duet feels. The two former Once On This Island revival stars are performing for the gods! When Kenita did her “California, or who knows where” at 1:30, I yelped. And that ending, my gosh.


This "If It Only Runs a Minute" clip is one of my favorite videos on this list. Such an incredible story song performed by a master singer and actress. PS: There's a long intro and the actual number begins at 4:45.


Who can resist a beautiful rendition of Billie Holiday? Kenita is serving it at 100 the entire time and making it her own.


A little Whitney moment for your nerves! Ain’t it shocking what Kenita can do?


Kenita was featured in the Prospect Theater Co.’s acclaimed production of Working, and here’s her performing her song at The Lilly Awards. It’s a fierce song! When she went from 1:30-1:49 or from 2:47-3:03, I nearly threw something at my screen. Get it!

“Waiting for Life” from Once On This Island


Just one more Ahrens & Flaherty song, I promise. But how could one not include her performing Ti Moune’s big I want song while accompanied by Stephen Flaherty himself? Especially when the video can offer this kind of vocal power (1:50-2:11 & 2:42-2:49).

“The Man That Got Away” from A Star Is Born


Kenita puts her spin on the iconic Judy Garland torch song, and the result is spectacular. Backed by The Summer Club Big Band, she brings such soaring soul to the breakup anthem. I pressed repeat nearly immediately after it was finished.