Exclusive First Listen! Hear “Learn to Lose” from The Abominables, Part of the Upcoming The Michael Friedman Collection 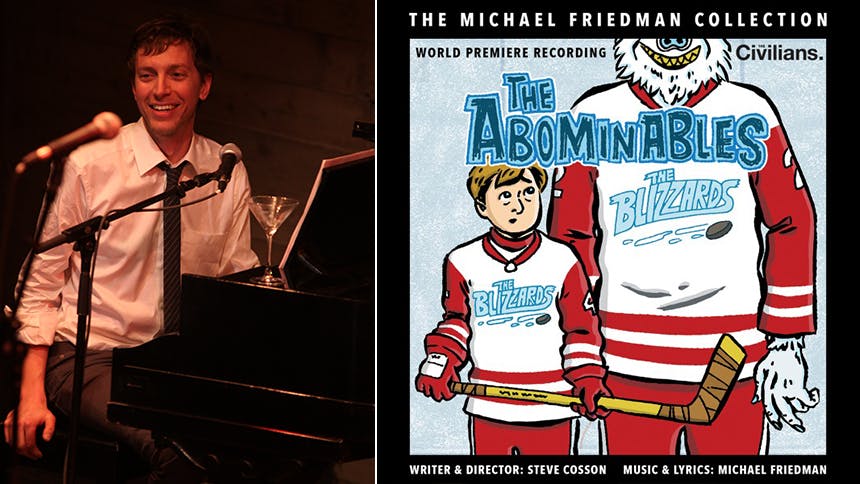 The musical theatre community suffered a tremendous loss when Obie Award-winning composer and lyricist Michael Friedman passed away at age 41 in 2017. A genius in the field, Michael created the musicals Bloody, Bloody Andrew Jackson, Love’s Labour’s Lost, Pretty Filthy, and his musical masterpiece The Fortress of Solitude—one of the best scores in the last 10 years; if you don’t know this album, give it a listen now. To honor Michael and his life’s work, Ghostlight Records and The Civilians partnered to release The Michael Friedman Collection

, a series in which they will premiere nine musicals of Michael’s with original recordings. The first three titles (The Great Immensity, The Abominables, & This Beautiful City) are available for download and streaming beginning Friday, October 18. Below, get a first listen to the track “Learn to Lose” from The Abominables—a satirical musical about the high-stakes world of suburban youth hockey.
Newer
Friday Playlist: The Broadway Musicals of the 1990s
Older
20 Questions in 2 Minutes with Mean Girls Tony Award Nominee Grey Henson