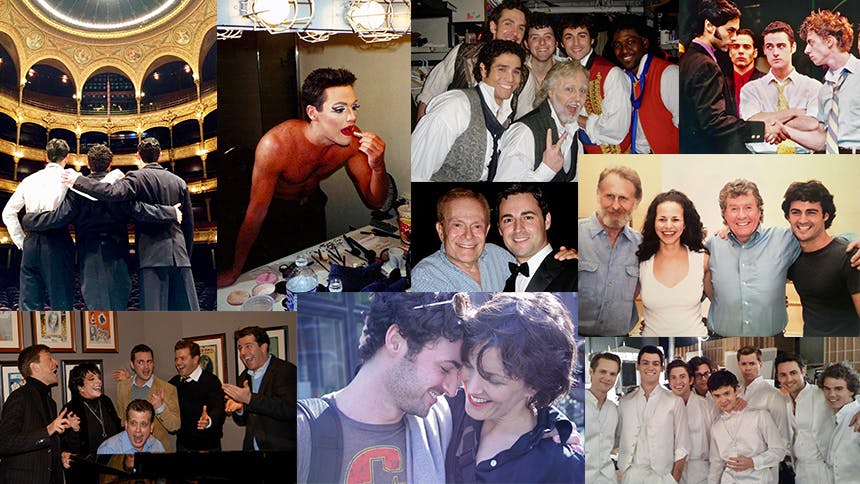 Tony Award nominee Max von Essen is off-Broadway starring in the Mint Theater Company production of Yours Unfaithfully, a comedy about an open marriage. Despite being written by Miles Malleson in 1933, the play is just now receiving its world premiere at Theatre Row's Beckett Theatre.

Scroll on as von Essen shares with BroadwayBox his Broadway scrapbook—filled with rare photos and fantastic untold stories.

All of us in this photo, at some point or other, have performed with Liza, so at one of her birthday parties years ago, we all jumped up and did a number. Ya know, like you do! Touring with her was one of my first gigs ever and I fell even more in love with her than I'd been as a kid. (Jim Caruso, Liza, Billy Stritch, me, Clarke Thorell, Jonathan Dokuchitz)

This is back when I did The Baker's Wife at The Paper Mill Playhouse with Alice Ripley. I'm in love with this photo, because for reasons I'll spare you, I was having an awful day and Alice always seemed to know just how to lift my spirits. She has an amazing energy as an actress and a human being, and she made that production so special for me. 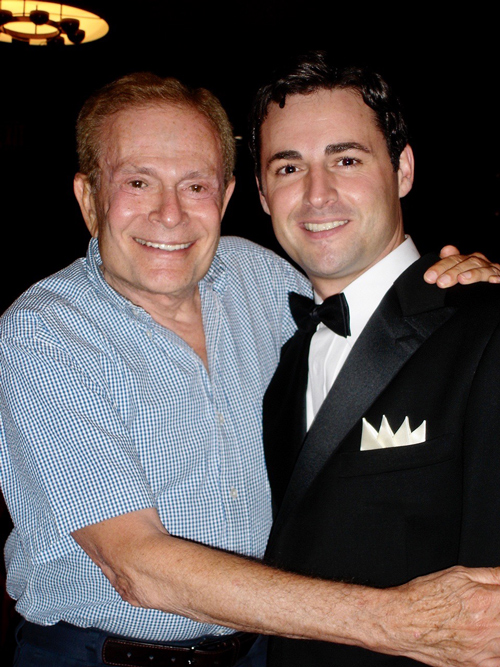 Ahhhh, what can I say!? Jerry Herman! Doing Mame at the Kennedy Center was a dream and getting to spend time with Jerry was surreal. I wasn't in the first act of the show, so during rehearsals and tech, sometimes I'd just go sit with him in the theater and watch. He was as giddy as someone who was seeing Mame for the first time, and I was basically a grown up kid hanging out with one of my idols.

A friend of mine caught this photo of me getting some air on a break in Les Miserables when I was playing Enjolras. I mean, what's more showbiz than a theater fire escape? Loved that revival (the first one!) and that time in my life.

Hanging out with some of the boys of Les Miserables underneath the Broadhurst stage. I'd go do that show and that role right now if I could!

Touring Xanadu was such a trip. It's when I fell in love with Elizabeth Stanley and she became one of my best friends in the world. And who knew that our dance captain and Sonny cover, Vincent Rodriguez III, would be a future star on Crazy Ex-Girlfriend? I kind of auditioned for the show as a fluke, thinking I'm not right for it, but I just couldn't resist how much fun it was and somehow I got it. LOVED playing that role.

This was one of the most ridiculous and fun gigs EVER. We were supposed to shoot for about 5 days and it took over 2 weeks. How often do you get to work with some of your best friends? We were delirious every night working sometimes until 5am. I haven't laughed that hard in ages. 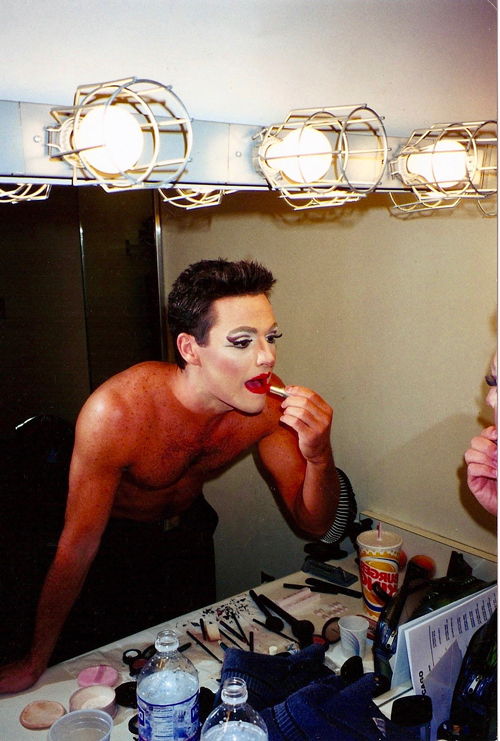 Here's a pic of me getting into full beat for the national tour of Chicago as Mary Sunshine. This was one of my first big gigs ever and my first national tour. I never got good at all with that makeup, but I had a blast.

I loved being reunited with Elizabeth Stanley and I was obsessed with that entire cast. One of the best productions I've ever been involved in! 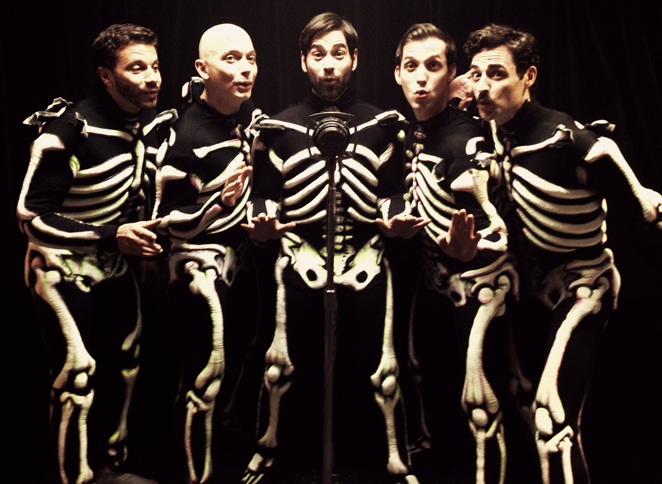 During our run of Evita, the cast came together to produce a benefit for Broadway Cares called "Broadway Scares" around Halloween time.  Well there was some crazy superstorm and the event had to be canceled, but there are some pretty rich photos left over from our promotions.

This. Was. So. Awesome. Got to sing "Fugue for Tinhorns" from Guys and Dolls with my pals Nick Adams and Will Chase, with the greatest of greats, Steven Reineke, conducting the NY Pops at Carnegie Hall. An absolute thrill.

About 10 years ago, the Irish Repertory produced Finian's Rainbow and it turned into a huge hit. I knew Melissa Errico had been cast, and I wanted the job so desperately. That music, that beautiful show, and to play opposite Melissa? Heaven! Thank god it worked out.

I cannot say enough about these two guys. Robbie Fairchild and Brandon Uranowitz are my brothers for life and I have NEVER had more fun in a rehearsal experience. Not sure what we are each thinking at this moment, but this pic cracks me up. 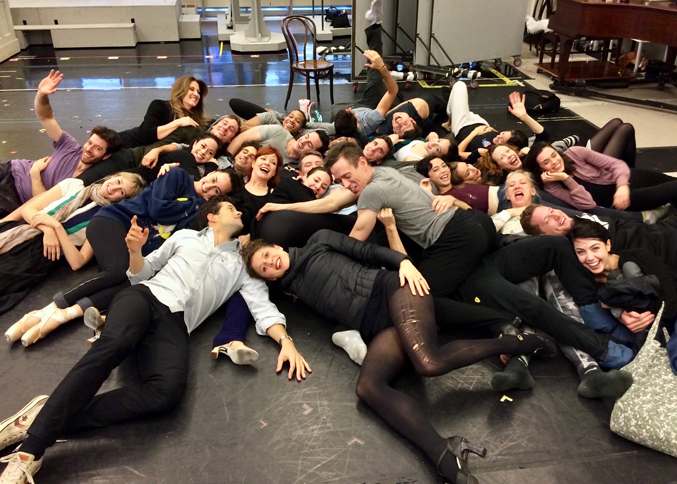 On the final day of NY rehearsals, before taking An American in Paris to Paris, a few of the swings were on the floor cuddling. Well, before you knew it, the ENTIRE cast had added on and we ended up like this. It was just the beginning of our amazing journey to Broadway and we were loving every minute of it! 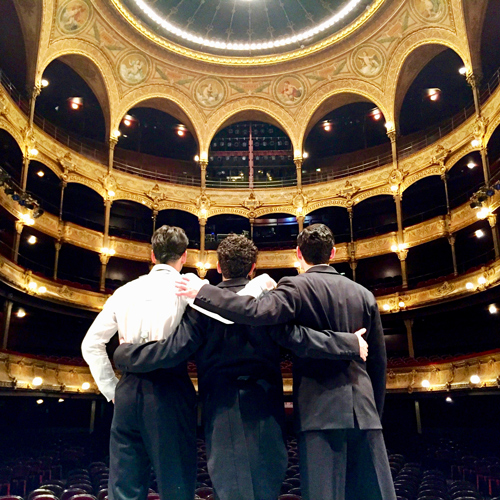 This was after our final performance at the Chatelet Theater in Paris. It was one of, if not the most, magical theatrical experience of my life, and I loved sharing the stage with Robbie and Brandon so much. 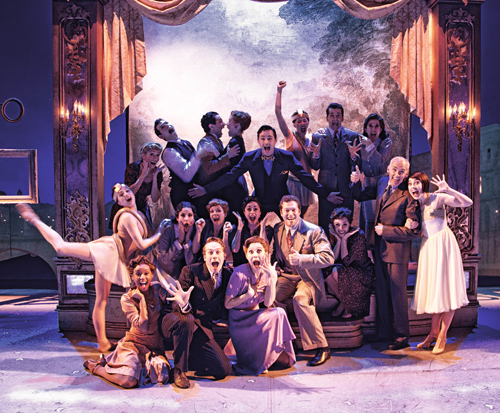 This was one of our very first #SIP's (Saturday Intermission Pic) and I love it. Miss these fools every day! 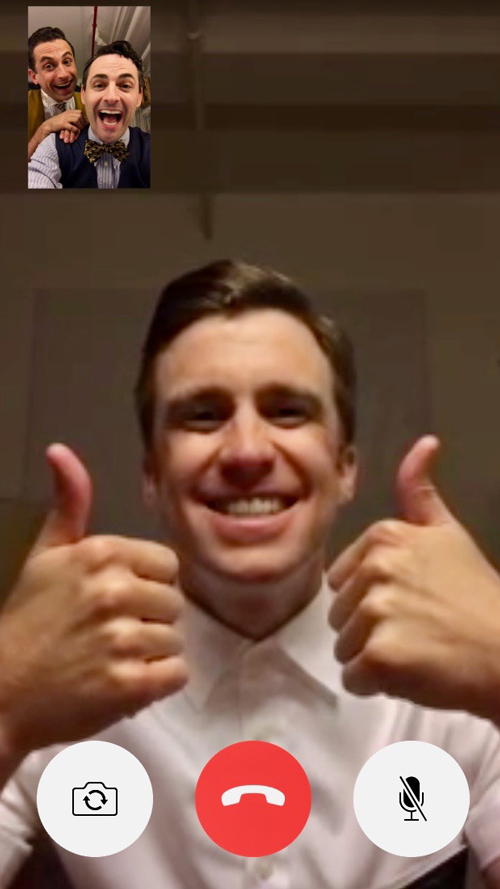 Some of my favorite moments are the moments off stage. I love this business so much because of the all the friends I've made and the laughs I've had backstage. When Gavin Creel was in Book of Mormon, our intermissions were at the same time and sometimes he'd randomly FaceTime and it would make my day. Sometimes, Brandon would jump in. 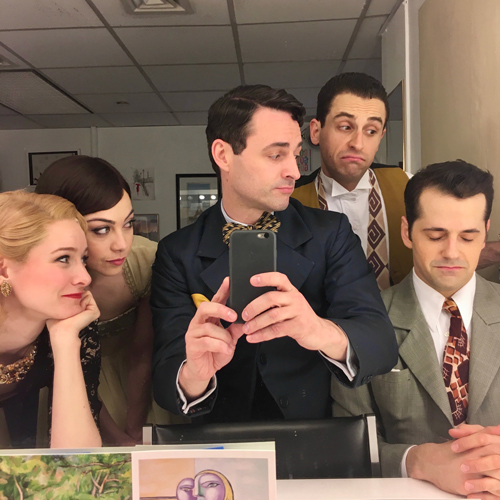 And this was our final #SIP with Robbie, before he had to leave the production. Needless to say, we were not happy to see him go.

I had to include this photo from West Side Story in Europe, one of my first gigs EVER. From the moment I started and got to watch Christian Borle play Riff, I knew I was watching one of the most talented people I had ever met. I just thought, who the hell is this guy? How is he SO damn good. Every moment I spent on stage with him was thrilling. One of the best experiences of my career. Wonder what he's been up to since then. 😉

My first big break was starring in Dance of the Vampires opposite Mandy Gonzalez and Michael Crawford. Certainly wasn't the hit we all hoped (to put it mildly), but it was one hell of a ride and treasured every moment. Here we are at our final rehearsal at New 42 Studios. 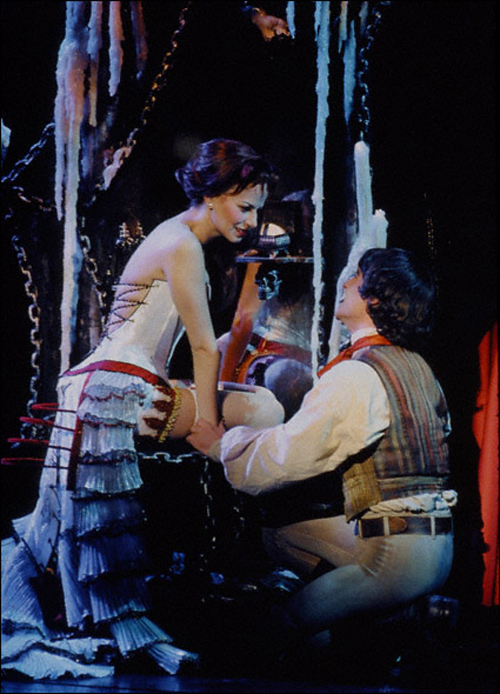 Get yourself over to the Beckett Theatre before February 18 to see Max von Essen in Yours Unfaithfully.