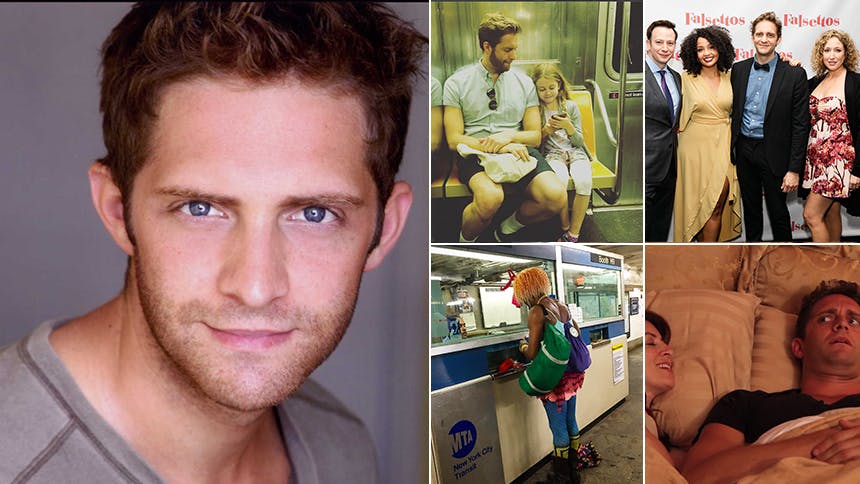 —which is incredible considering how intricate the all a cappella score is to learn. Hanlon plays Steven, a gay man planning his wedding to a fiancé who is not out to his religious Southern family. BroadwayBox caught up with the former star of Rent, Dot, Submissions Only, and I Love You Because to hear about how he made the musical leap, his own memorable subway experiences, and the juicy stories that will fill his future memoir.

1. My gosh, you learned this show quickly. What was your trick to mastering all the complicated a cappella arrangements?
My ride with In Transit, pun intended, has been a crazy one. I played Steven for a few years in workshops before it came to Broadway. One would think that would be a great advantage but vocally the role had changed at least 50% in the few months since I had done it. I would start to sing something I used to and then remember that that vocal line had been assigned to a different actor. So I had to relearn it all from the start. My fellow Falsettos standbys Courtney Balan, Stephanie Umoh and Tally Sessions were so patient listening to my 'Dih Dih Do Da Do Da's' from the other room. Sorry again y’all.

I've never done a cappella before this show, but I was luckily born with a good musical ear....or I fake it really well. Probably more the latter.

When your train is late but you refuse to let it ruin your day! #InTransitBroadway


2. What surprised you most about the show that you didn’t know until you joined the company?
How hard it is to perform with an in-ear monitor. I feel for Mariah. Gurl! Doing scene work with 1 ear plugged up is really difficult. It feels like you have a cold but only on 1 side of your face. That's the best way I can describe it. It's truly insane. With each show I'm adjusting and learning to ignore my self-doubt.

3. What’s your most memorable story that has taken place on a NYC subway?
Oh God. So many. I honestly wouldn't know where to begin. I document most of them on my Instagram. If you are looking for dark humor, follow me on there. I reference the subway often.

I don't know her.


4. Most lovable thing about your onstage fiancé, Justin Guarini?
I just started working with him. We have a few friends in common so he came with great recommendations. So I guess I'll keep him for a few weeks. He's very sweet.

5. Would you consider someone not out to their family a deal breaker (especially when you’re planning a wedding)?
Everyone has their own journey. You can't force anyone to do anything they don't want to do. They have to make decisions for themselves.

6. What was the highlight of your recent Falsettos experience?
The entire experience was a dream. Truly. I played Whizzer at George Street Playhouse over 10 years ago when I was too young to play it. So to finally be the right age and to cover Andrew, Christian, and Brandon was really awesome. I love them all. They were brilliant onstage and off.
I'd never stood by before so that presented many challenges but I have a new found respect for an actor who can do that. My fellow standbys Courtney, Tally, Stephanie and Peyton or 'Unlikely Covers', as we called ourselves, are friends for life. I couldn't have done it without them.

Who knows if Falsettos will ever return to Broadway. I'm very lucky to have been a tiny part of a beautiful thing.

Getting to watch James Lapine and Bill Finn work together was pretty magical and quite hilarious. Boy do I have stories!!! It's all going in my book, that only my parents and my sister will probably read and buy, but I'm still gonna write it one day. It's real juicy and gossipy. No one is safe. I went to Liza Minelli's birthday at her apartment with Jim Caruso and Max von Essen so.... I'll leave you hanging with that one. 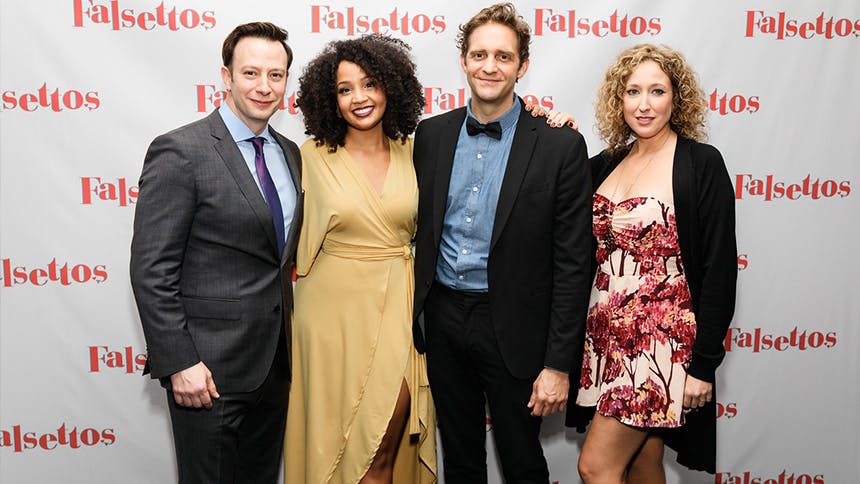 
7. What’s been the most fulfilling artistic endeavor of your career so far?
Boy, that's a tough one. I've been so lucky in my career that so many people trust me with their new work. I'm really proud of playing 'Steven' (see a trend?) on Modern Family. Mostly because I got to act opposite two of my best friends, Jesse Tyler Ferguson and Kevin Cahoon on national television!! Doing Colman Domingo's new play DOT at The Vineyard Theater last season was a dream. It was Susan Stroman's first time directing a play. I mean I died. Dead.

With that being said, helping to produce and star opposite Kate Wetherhead and all my friends on Submissions Only is my proudest career achievement. It brings me such joy that a lot of our little bubble watched it and enjoyed it as much as we did making it. I'm a very grateful and a very lucky guy. Believe me, I'm aware. 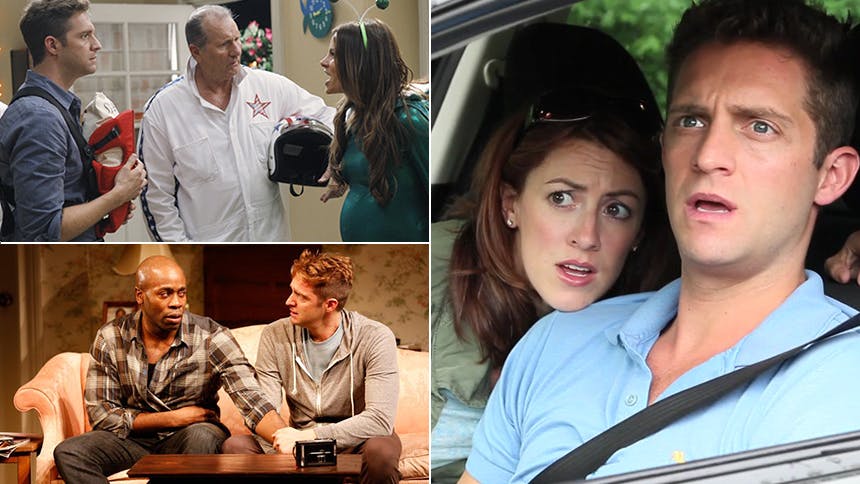 Don't miss Colin Hanlon in In Transit at Broadway's Circle in the Square Theatre through January 29.