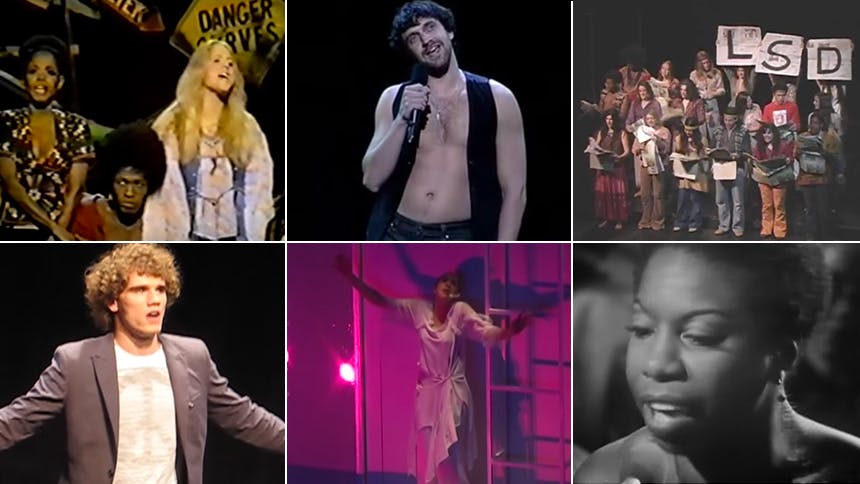 The groundbreaking, Tony Award-winning musical Hair: The American Tribal Love Rock Musical celebrates its 50th anniversary on October 25 with an all-star concert presented by The Public Theater (the birthplace of the show). Now turn off and turn on to hippie life with this best of YouTube edition cast album.


"I Believe in Love" (Shoshana Bean)


"Air" (Kacie Sheik—true, no video, but this is the only version)


"Going Down" (Gavin Creel at the Actors Fund)


"Where Do I Go?" (Jay Armstrong Johnson)


"What a Piece of Work Is Man" (Croatian Cast)


"The Flesh Failures (Let the Sunshine In)" (Original Broadway Cast)