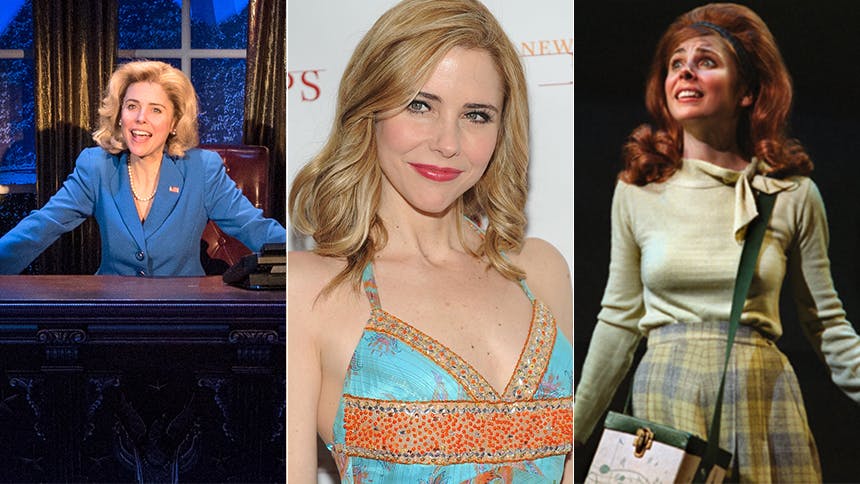 Tony Award nominee (and Broadway favorite to anyone who enjoys out-of-this-world singing) Kerry Butler returns to the New York stage as none other than Hillary Rodham Clinton in the hi-larious new Clinton The Musical. Now let’s run quickly through why Kerry Butler’s voice is an acceptable answer for religious views on Facebook and then hear from the star about her game-changing experience in Hairspray.


On Broadway, Kerry Butler has SLAYED it time and again. She made her debut in Blood Brothers, she went on to Eponine in The Miz then came Belle in Beauty and the Beast, she was Broadway’s Audrey, she was a Sherrie, she stopped the show in Catch Me If You Can and her last outing was in the super-star studded Gore Vidal’s The Best Man.

Her Tony nomination (how is there only one?!) came in 2008 for the acclaimed musical adaptation of the flop film Xanadu, and it was so well-deserved.


And yes, we included Catch Me up there with her other street creds, but didn’t it just make you crave some “Fly Fly Away”?


Off-Broadway, Butler has starred in a mix of plays and musicals: Prodigal, Miracle Brothers, The Call and most recently Under My Skin.

Clockwise: Butler in 'Prodigal', 'Miracle Brothers', The Call' & 'Under My Skin.'

Of course, there’s no way to talk about Kerry Butler’s off-Broadway career and not mention that breakout moment in 2001 as the dim-witted Shelly Parker in the cult musical Bat Boy #Never4Get.


But what we are here to discuss is the bigger extreme breakout moment that happened in 2002 when Kerry Butler stopped the show time and again as Penny Pingleton, the permanently punished best friend of Tracy Turnblad in the Tony Award-winning Best Musical Hairspray.


Hairspray was the game changer for me in every aspect. I had already done leads on Broadway but because Hairspray was such a huge hit, it put me on the map. Maybe because it was such a small part and I was able to have fun and turn it into something more than what was on the page, it gave people faith in my comedic skill.

Also, I got to work with Harvey [Fierstein] and Dick Latessa and both of them were great leaders of the company. I always say I want to be like Dick Latessa: he just comes in, does his job, he doesn't bring any baggage; he’s happy and positive and never complains. And Harvey taught me that when you’re a lead to look out for the ensemble members who might not be treated the same way you are.

Now, I always try to be like Harvey and Dick. Everyone could always hang out in Harvey’s dressing room, and I try to be like that and make the backstage area fun and festive. If you’re a loving family backstage that translates onstage. So I always try to do things, like Easter egg hunts. (I had an Easter egg hunt during The Best Man and James Earl Jones dressed up like the Easter bunny!)

I’ve been in a gazillion shows and I’ve come to know now that you never ever know…ever. I always thought Hairspray was going to be a big hit, but then when we did our first night in Seattle in front of an audience, they were screaming and laughing and standing ovations in the middle of the show; that was definitely like nothing I have ever experienced or experienced since then.

Get your tickets now Kerry Butler as Hilary Clinton in Clinton the Musical at New World Stages.

Clinton The Musical
Best Priced Tickets
Newer
20 Questions in 2 Minutes with Honeymoon in Vegas Leading Lady Brynn O'Malley
Older
Stop, Drop & Give It Up for It Shoulda Been You’s Lisa Howard, a YouTube Resume