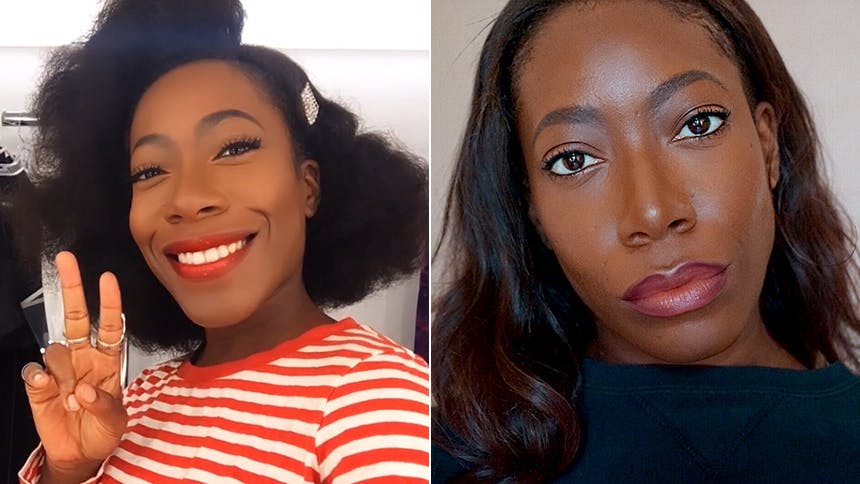 makes its New York debut 25 years after it first premiered in Atlanta. Leading the Keen Company production is Alfie Fuller (a Drama League nominee and OBIE winner for Soho Rep’s Is God Is and a standout from MCC’s BLKS). Alfie stars as Angel Allen, a singer recently fired from the Cotton Club and trying to survive any way she has to in the time between the Harlem Renaissance and the Great Depression. The plum role is sure to be a breakout moment for Alfie. Scroll on as BroadwayBox gets to know the talented actress a bit better as she discusses bringing Angel to life, the artists who inspire her, and how she found herself on the path to performing.


1. What excites you most about this production?
The fact that this is the first NYC production of this phenomenal and beloved play is beyond thrilling.

2. What research did you do to tap into Angel Allen? What influenced you?
This is a pretty lame answer but my process is extremely sacred and private so I tend to not get into the details of how I create. I can share, however, that I did all the obvious research of the time period for this show.

4. What do you hope New York audiences walk away from this piece with?
Like with any good piece of art, I hope Blues evokes awe, sparks conversation, and motivates creation.

5. What has been the most artistically fulfilling job you’ve had before this and what made it so?
I feel very blessed and honored every time I’m able to do what I love so each project I’ve ever done brings its own, special joy and fulfillment. Each project has changed my life for the better in some way.

6. When did you know that this was the path for you?
The path chose me, baby! lol. I think my grandmother saw something in me very early and my family made certain to nurture the gifts I had, ensuring that I was able to practice and perform every moment I could.

7.  Tell us a memorable audition story.
For whatever reason, I decided to go to a cattle call (I hadn't been to one in yearsss). I’d been there for over an hour and while I was waiting, I got a call from Aleshea Harris congratulating me. I was so confused. I was like ‘about what?!’ She was the first to tell me I’d been nominated for a Drama League Distinguished Performance award. I celebrated right there in that holding room and 30 seconds later my name was called to go in to audition. I have no idea what happened in that audition room. I was not on earth and I did not book that job—haha.

8. If you could interview any artist who inspires you, who would you want to talk to?
Living: Tilda Swinton & Regina King.
Dead: Bette Davis, Maya Angelou, & Toni Morrison.

9. In your lifetime, which movie do you think you’ve watched the most and what speaks to you about it?
The Fantastic Mr. Fox. I have no idea why. All I know is that watching it calms me and makes me reallllly happy.

10. Tell us a dream role that you have to play someday, somewhere.
Honestly, I want to play all the roles. Give them all to me.

Don’t miss Alfie Fuller as Angel Allen in the New York debut of ‘Blues for an Alabama Sky’ at Theatre Row February 4-March 14.