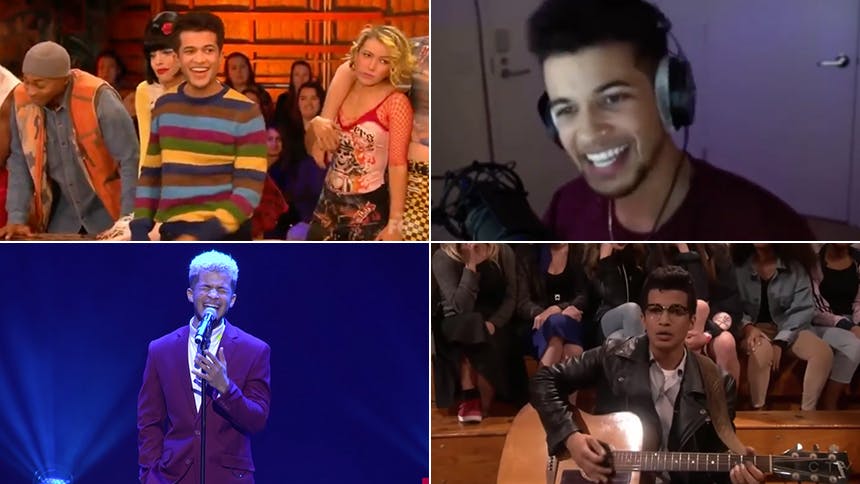 
The Dancing with the Stars winner made his Broadway debut back in 2016 when he stepped into Hamilton as Philip Hamilton/John Laurens, and now he’s waving through a window eight times a week at the Music Box Theatre. To celebrate Jordan’s return to Broadway, here are six videos of him performing showtunes and melting our hearts.


Jordan first broke out on Fox’s Emmy-winning Grease Live singing “Those Magic Changes”. It was so good that even Aaron Tveit in those shorts couldn’t upstage him.


Jordan’s next foray into live TV musicals was leading Fox’s Rent as Mark Cohen, and I’ve never seen a Mark with more swagger—those moves, that voice.


A fixture at the annual MCC Miscast gala, Jordan stepped into Cynthia Erivo’s shoes for a moving, soulful performance of “I’m Here”. He nails this—well worth the watch.

“Waiting for Life”, Once On This Island


Here he is coming for LaChanze’s gig again. Two things: 1. That little dance at 1:45; 2. How did he not replace in as Daniel in the last revival?


Paying tribute to his Broadway debut like. Also, he should graduate from Philip to Alexander. Let’s see him do the whole track.

“Hold Me In Your Heart”, Kinky Boots


Acting moments and the vocals—he’s serving it at 100. He makes this sound like something you’d hear on the radio.

Dear Evan Hansen
Best Priced Tickets
Newer
Seven Big, Upcoming Broadway Shows You Can & Should Get Discount Tickets to Right Now
Older
Get a Taste of Jagged Little Pill as the Cast Performs “Hand in My Pocket”