Seven Big, Upcoming Broadway Shows You Can & Should Get Discount Tickets to Right Now 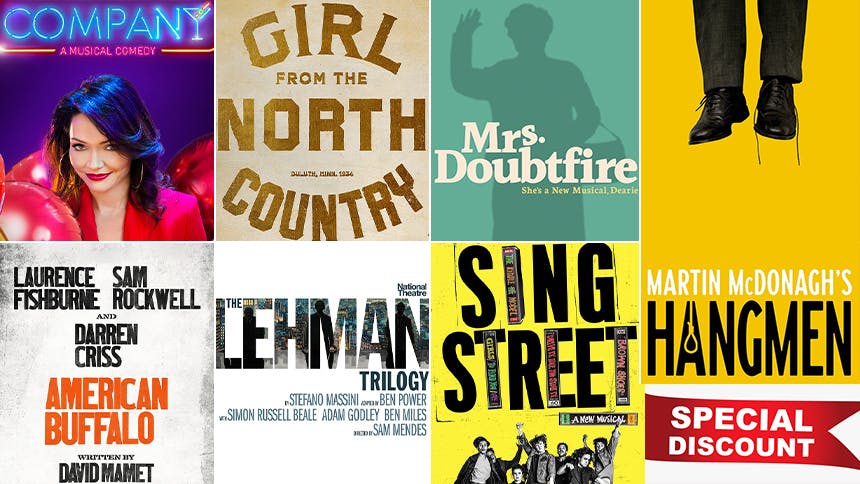 Take it from us, there’s going to come a time you will want to see these major spring shows, so get your discount tickets while you can—because you know Broadway codes, here today, gone tomorrow.


This is the revival that everyone is already talking about, and it hasn’t played a single performance in New York. Helmed by Tony and Olivier Award winner Marianne Elliott (War Horse, Angels in America, Curious Incident), this production—which changes the male protagonist Bobby to the female Bobbie—arrives from London, where it won the Olivier for Best Revival and Olivier for Patti LuPone’s performance as Joanne. It’s a New York cast of theater favorites performing a beloved Sondheim piece with a gender twist, what more can you ask for?


Like Fun Home and The Band’s Visit before it, Girl From North Country is an intimate gem of a musical that arrives on Broadway after a hit, award-winning off-Broadway run. The music of Bob Dylan, the heartbreaking original story by Conor McPherson, and the incredible starring performance of Mare Winningham makes this musical a slam dunk.


This is the Wonka Factory golden ticket for millennial theatergoers who grew on the Robin Williams’ film and work in Sally Field’s “the whole time” meltdown whenever the opportunity presents itself. Directed by the great Jerry Zaks and featuring a score by the brothers behind Something Rotten!, Wayne and Karey Kirkpatrick, Mrs. Doubtfire stars Rob McClure in a performance that will catapult him to the stratosphere of Broadway stars.


The last musical on this list is the Broadway transfer of Sing Street, based on the indie film of the same name. The musical transports audiences to a financially-depressed Dublin in 1982 and introduces a talented young cast of actor-musicians who defy what teenagers should be able to do onstage. It’s like the artistry of Once and the young talent of Spring Awakening combined into one terrific musical.


This is your moment Darren Army to snag tickets to see his non-musical Broadway debut for less. But beyond Darren Criss, the revival stars Oscar winner Sam Rockwell hot off Fosse/Verdon and Emmy winner Laurence Fishburne as the con guys at the center of this David Mamet classic.


If you like dark comedy or thrillers, bet on Hangmen. The latest play from Olivier and Oscar winner Martin McDonagh (The Pillowman, Three Billboards Outside Ebbing, Missouri) is about Britain’s second-most famous executioner, his family, and his small community after hanging has been abolished in the 1960s UK. It’s also so much more than that, and the ensemble cast (featuring Downton’s Dan Stevens, Game of Thrones’ Mark Addy, Olivier winner Tracie Bennett, and many others) will knock on you out. It’s a true stage thriller that will have you on the edge of your seat.


Critics on both side of the pond have lost their minds over this three-person play about the history of the Lehman brothers from their arrival in America through the financial crisis they triggered. There’s already Tony buzz for this piece, so you’ll want to see it early.

Sign up for BroadwayBox discount alerts to get the lowest price on these upcoming Broadway plays and musicals.

Girl From The North Country
New
Discount up to $30

Company
New
Discount up to $60

Mrs. Doubtfire
Discount up to 25%

Hangmen
Discount up to $30