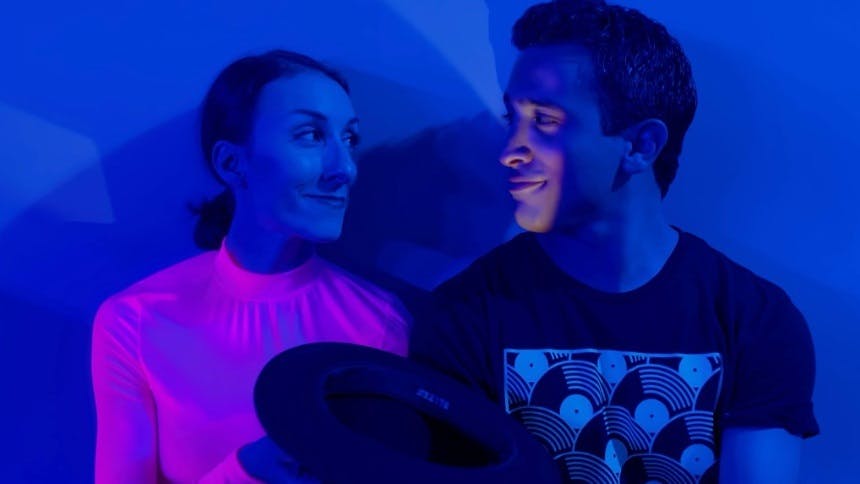 
Ulterior Motives: The terrific triple threat Jess LeProtto who you've no doubt seen on Broadway in a number of musicals including Carousel, Hello, Dolly!, Cats, Newsies and on the big screen in the recent West Side Story film has released a short film titled The Nightfly. Audiences can see Jess this summer in the pre-Broadway world premiere Boston production of A Beautiful Noise - The Neil Diamond Musical.


Jess was inspired by Donald Fagen's 1982 concept album which takes viewers into a neon washed fantastical world led by a DJ called The Nightfly. In the film, Jess is joined by another triple threat, the phenomenal Skye Mattox as Ruby. What makes the film even greater was that it was filmed and edited by Blake Zelesnikar of BZ Films. Blake is a dancer himself having most recently appeared in the national tour of Mean Girls. Having that eye for dance matched with the talent on screen? Push play and enjoy the magic!

Ultimate 🙌 🙌 moment: There are so many fantastic moments in the film. Jess directed and choreographed the film gorgeously. The moments we had to rewind were: Skye's fierce kick at 7:46, Jess' nod at 7:54, the way the duo absolutely fly when dancing at 10:52 (not to mention Jess' gorgeous turn at 10:58) and our favorite piece of choreo, the side by side jump kicks at 14:05 where Jess and Skye show audiences why they are two of the best Broadway dancers in the biz.

Newer
Hot Clip of the Day: Better Do What You Can & Watch MJ the Musical's Thrilling Opening Number
Older
Razzle Dazzle Roxie! Pamela Anderson's Chatting All That CHICAGO