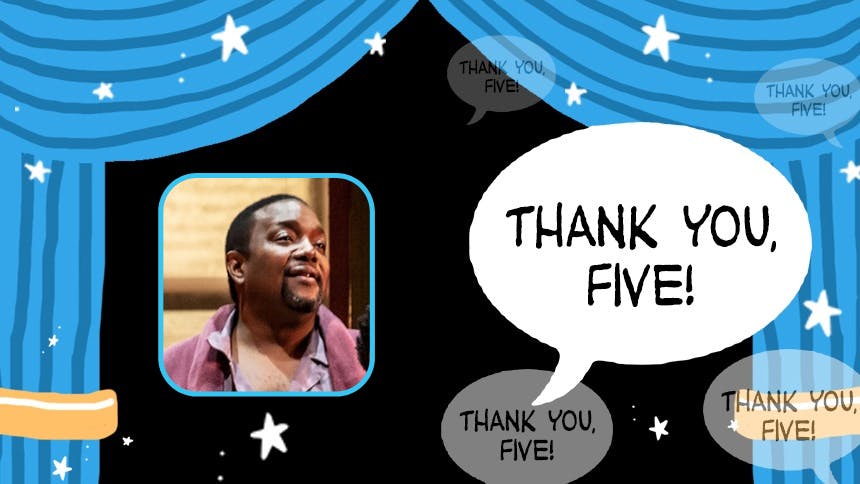 Making his Broadway debut as Thought 4 in Broadway's Pulitzer Prize-winning musical A Strange Loop, we chat with John-Andrew Morrison who is nominated this year for Featured Actor in a Musical.

They’re all so awesome but my best Judy on this show is James Jackson Jr. There’s a short hand we have with each other that is joyous. We can communicate with just a side eye and we get what each other is thinking. John-Michael Lyles I just want to shine a spotlight on him because he is mischievous, and the world needs to know about him.

Well, my sister Georgia is a huge supporter. During this career when you don’t know where your rent is coming from sometimes and just you can feel very down she has been a shoulder to cry on, she has helped me financially I really wouldn’t be able to do this without her. However, my Mom I take on stage with me every night. She had a stroke during the lockdown and lost the ability to speak and it’s brought a sense of urgency to my performance that was not there before. I bring her on stage with me and remember how much she loves me and I try to communicate that to Usher every night.

In Jamaica there was a beloved storyteller named Ms. Lou. She was amazing and so joyous. Beloved. When I was in college I saw an actor at ART named Tommy Derrah. I thought he was the greatest and he was the reason that I wanted to be a character actor. I got to work with him and learn from him at the start of my career but I think about him all the time.

4. We all start somewhere!
What was the earliest performance of yours that was the moment you knew this was going to be what you wanted to do forever?

In kindergarten I got my first lead role in The Old Man and The Turnip. I was the old man with baby powder in my hair but I remember being very committed to the reality of trying to get that turnip out of the ground. I also vaguely remember the reviews from friends and family were pretty positive.

My favorite club in New York is called living room couch. Seriously just let me have a day to sit on my couch and chat with friends and not have to be anywhere. That’s really all I need. The rest will sort itself out but I just need a few hours where I have to accomplish nothing, that usually sets me up just right. Time to laugh and chat with people I love and nowhere to be.