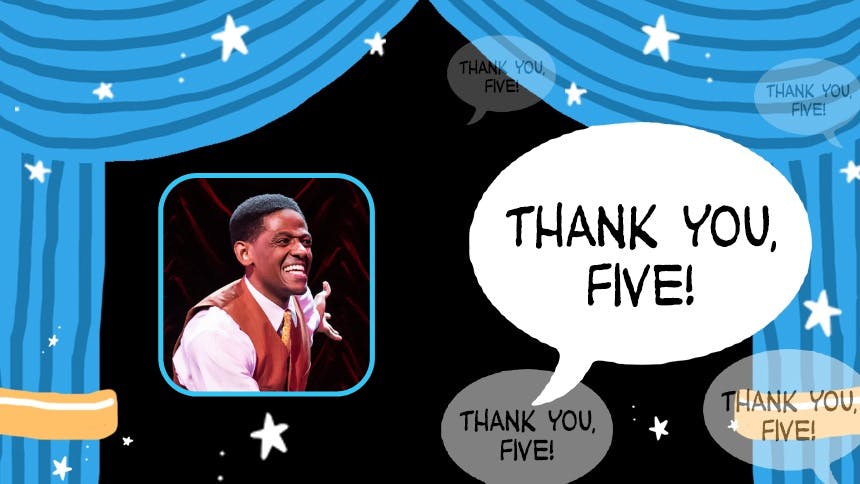 Earning a Tony Award nomination and Drama Desk Award nomination this year for his role as the terrific triple threat Eddie Ryan in the first Broadway revival of Funny Girl, Jared Grimes, Tony Award-nominated for Featured Actor in a Musical shares what he's grateful for.

The entire Ensemble! I have so much fun with them every night on stage. I literally miss everyone when we are not at the theater.

Wifey! Yurika Nakano Grimes. She helped me audition for the show. She’s my ride or die indeed!

Sammy Davis Jr and Fred Astaire. I had all of their performances on VHS as a kid around 3 years old and I watched them on repeat 24/7.


4. We all start somewhere!
What was the earliest performance of yours that was the moment you knew this was going to be what you wanted to do forever?

My first performance was in a dance school recital at 3 years old. I cried on stage because I poked myself in the eye while dancing. As I cried everyone started cheering and it was then that I knew the stage was a safe space. My role was the dance teacher's son haha and that’s still my role.

My favorite way to decompress is by watching basketball.