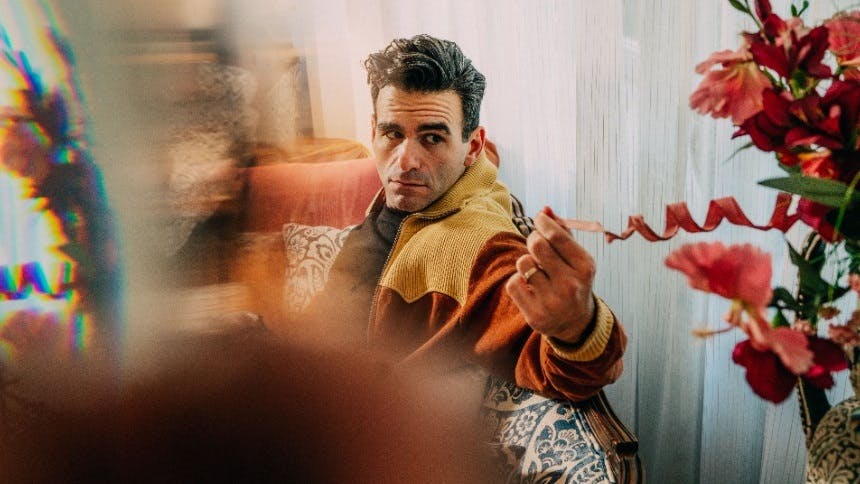 Musical theatre fans have been introduced to Joe Iconis' musical scores from Broadway, Off-Broadway, London and beyond with Be More Chill, Love in Hate Nation, Broadway Bounty Hunter, The Black Suits, Things To Ruin and more. There have also been this additional roster of tunes for over a decade that we have been enjoying at some of New York City's great cabaret and concert venues as performed by Joe and his ever-growing family of talented collaborators. This June, those songs are getting a long-awaited album entitled... Album!

Ghostlight Records is releasing this 44 track album recorded over the pandemic of Joe Iconis' compostitions that until now have only been seen either live or on YouTube clips. A press release promises "Album hurtles through a cocktail of musical genres as its rogue's gallery of misfit children, reckless adults, and various assorted creatures sing their stories of love, hope, murder, resilience, and connection."

We cannot wait for this Album to be released - so much so that we rounded up half of the live performances of the album's 44 tracks as performed by those artists! Spend your afternoon by scrolling through this playlist of Joe Iconis' Album and be sure to pre-save or pre-order it ahead of its June 17th release date!


"Out Of Sight / Out Of Mind" performed by Krysta Rodriguez


"A Guy That I'd Kinda Be Into" performed by Seth Eliser


"It's All Good" performed by Jason Tam, Lance Rubin and Jason SweetTooth Williams


"Amphibian" performed by Will Roland


"I Was a Teenage Delinquent!" performed by Lauren Marcus and Molly Hager


"Joey Is A Punk Rocker" performed by Annie Golden


"(Do) The Slide Whistle" performed by Jordan Stanley and Lance Rubin