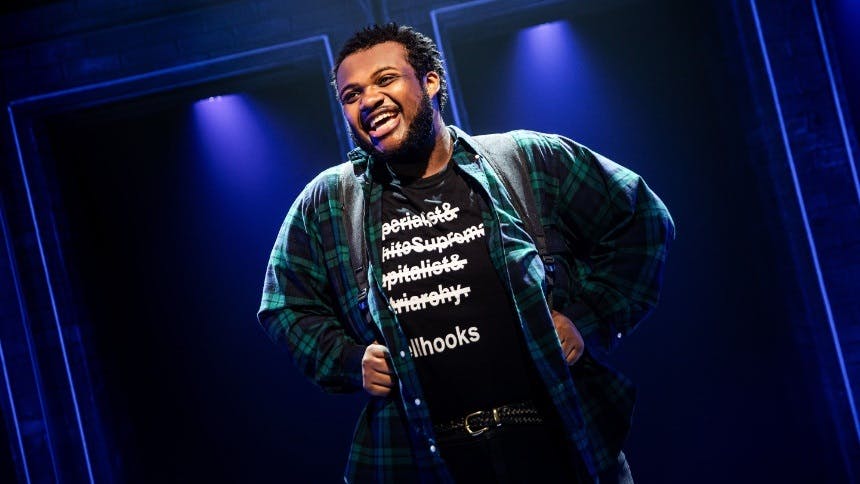 
Ulterior Motives: Following its critically acclaimed and Pulitzer Prize winning Off-Broadway run at off-Broadway's Playwrights Horizons, this Broadway season's A Strange Loop first stopped at Wooly Mammoth Theatre Company in D.C. last fall. The musical centers around a Black, queer writer named Usher writing a musical about a Black, queer writer writing a musical about... a Black queer writer. Usher's thoughts come to life by an incredibly funny six person ensemble of Thoughts. The casting of Usher was shared on Wooly Mammoth's YouTube channel and we couldn't help but spread the absolute joy of the clip. Watch on as Jaquel Spivey, in his professional (and Broadway!) debut finds out he is cast as Usher by director Stephen Brackett and the musical's book, music and lyric writer - Michael R. Jackson.

Ultimate 🙌 🙌 moment: Who doesn't love these joyous videos when the final auditionee learns that they actually are getting the role. Also - good on Stephen and Michael for their own acting performances at the top of the clip! Jaquel's reaction at 0:25 melts our heart. The beginning of Jaquel's journey starts right at that moment and it is so magical! We love this clip so much and Jaquel's enthusiasm is infectious. He was ready with his monologue! Be sure to catch Jaquel and the cast at Broadway's Lyceum Theatre this spring!

A Strange Loop
New
Discount up to $60
Newer
Check It Out! 10 Photos & A Video Sneak Peek of Encores! The Life Directed By Billy Porter
Older
Hot Clip of the Day: Will Swenson Makes Really Beautiful Noise On Once "Gold" Tune