We Love To S-P-E-L-L! A Rewind to The 25th Annual Putnam County Spelling Bee for William Finn's Birthday 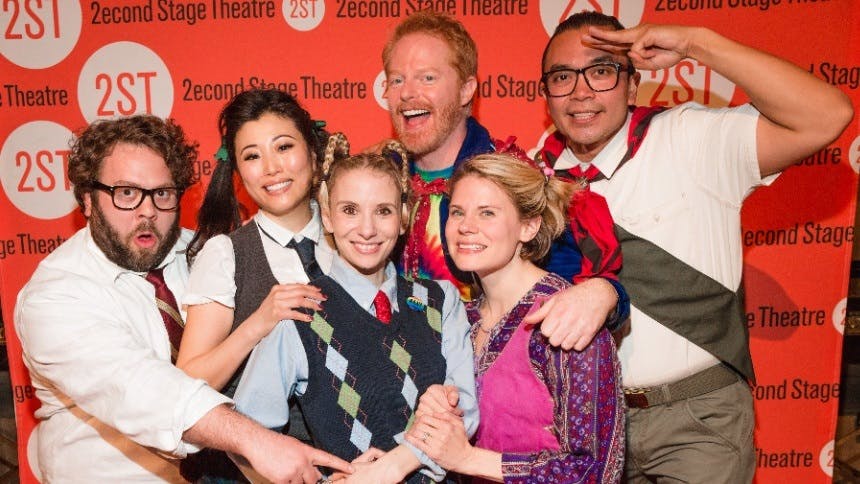 William Finn is the composer of a number of classic musical theatre scores for beloved Broadway and Off-Broadway titles. Some of Finn's titles include A New Brain, Falsettos, Elegies and our spotlight for this scoop, The 25th Annual Putnam County Spelling Bee.

After a summer run at Massachusetts' Barrington Stage Company and a transfer from Off-Broadway's Second Stage Theatre, the musical landed on Broadway in April 2005 directed by James Lapine.

The show was nominated for six Tony Awards winning two for Best Book and Best Featured Actor in a Musical - Dan Fogler portraying the speller with the "Magic Foot" - William Barfee. The cast was comprised of a group of superstars, Derrick Baskin, Deborah S. Craig, Jesse Tyler Ferguson, Dan Fogler, Lisa Howard, Celia Keenan-Bolger, Jose Llana, Jay Reiss and Sarah Saltzberg. With a hilarious book by Rachel Sheinkin, William Finn's score featured amazing tunes including "I'm Not That Smart," "I Speak Six Languages," "The I Love You Song" and more - giving audiences a peek into the lives of these young spellers.

Thank goodness for Stars in the House which reunited the cast for their fundraising webseries. While there had been two gala events reuniting the cast, it was fantastic to see them all together again making each other howl with laughter from our computer screens.