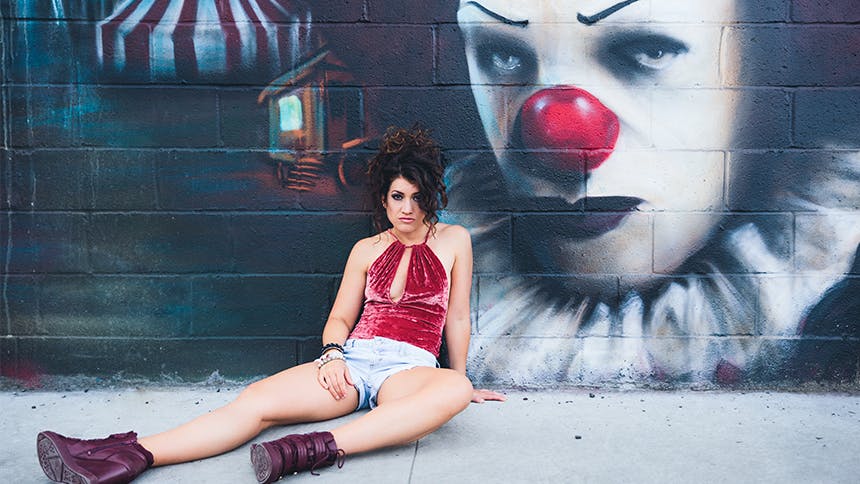 After starring on the new Epix series Get Shorty, Tony nominee Sarah Stiles returns to NYC with her new cabaret extravaganza, Squirrel Heart, at Joe's Pub January 3 & 8. Sarah is known to NYC audiences for her star turns in Hand to God, Into the Woods, Do I Hear a Waltz, Avenue Q, and On a Clear Day You Can See Forever.

BroadwayBox caught up with Sarah to talk about creating the one-woman comedy piece, life on the set of Get Shorty, and what audiences can expect from Squirrel Heart.

1. Where did the title of this show come from?
Squirrel Heart is the title of a poem I wrote awhile ago. When Holly Gewandter and I were coming up with the show we were inspired by that poem. It is now woven into a medley that is ultimately the heart of the show. "The Squirrel Heart Medley" is a true collaboration between my Musical Director Brian Nash, Director Darren Katz, and Holly and me. Once we created that piece, the rest of the show fell into place pretty easily.

2. What was the biggest challenge in creating in the show?
ummm….everthing. But seriously everything. I have a whole new appreciation for what it takes to put a show together. I’m wearing all the hats: Making phone calls, making decisions, doing rewrites, approving light plots, sewing velcro onto my costumes (which are really just my clothes) for quick changes, not to mention rehearsing everyday in my bedroom with my hairbrush mic and the MP3’s Brian made me. It’s A LOT! But it’s a ton of fun too.

3. What was the hardest thing to cut during the process?
I don’t think anything was hard to cut. I’m getting pretty good at killing my babies. At first it’s uncomfortable because you’re so unsure of everything, you wanna cling to your original “hilarious” impulse for fear you’ll never have another, but that’s when you have to trust your team. If Holly, Darren, Brian and I all think a moment is awesome, good perfect, on to the next. If even one of us is unsure, we take the time and try and make it better but sometimes that means….dead baby.

4. Who are your comic influences? What TV or movies shaped your humor most growing up?
Gilda Radner, Madeline Kahn, Bette Midler.
Big Business, What about Bob?, SNL, Punky Brewster.

5. What’s been the biggest surprise of your Get Shorty experience so far?
Craft Services. I’m still that non-equity/busNtruckversionofTitanic girl at heart. It's really hard not to stick shrimp in my purse for later.

6. Which theatrical credit of yours pushed you most? How did you get a grasp on it?
My first Broadway gig was with The 25th Annual Putnam County Spelling Bee as a vacation swing for Olive, Schwartzy, and Marcy. My B'way debut was playing Schwartzy at the matinee and Olive at the evening performance after a week of rehearsal and no put ins. I remember hitting the stage in Sarah Saltzberg’s costume and hearing the band behind me and thinking, "OMG that sounds so different from this position." It is so so hard to be an understudy. The responsibility is huge, your rehearsal time is not and it is easy to go from point A to point B, and suddenly it’s all over and you forgot to have any fun. Oh my gosh, I just realized that’s how I met Darren. He was James Lapine’s assistant director and put me into that show. Here he is again guiding me through fear of the unknown and telling me it’s gonna be ok! Full. Circle.