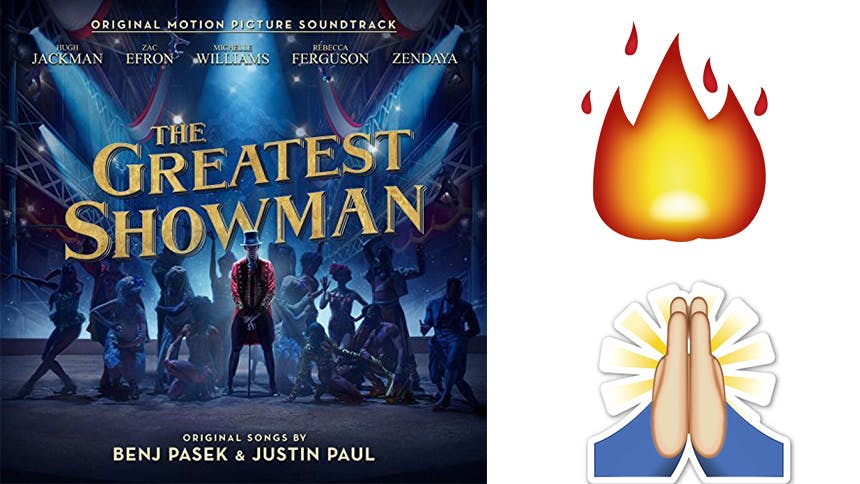 The highly-anticipated movie-musical The Greatest Showman hits theaters on December 20, and it's going to be the only thing you'll want to discuss over holiday dinners. The film tells the story of P. T. Barnum (Tony winner Hugh Jackman), how started the Barnum & Bailey Circus, and the stories behind some of his unique stars. Below, BroadwayBox reacts to hearing the score from Oscar & Tony winners Pasek & Paul for the first time.

Giving me major Clovers stomping, breaking it down vibes. It makes you want to bust a killer move. Then when Keala just comes in, wailing over the chorus at 3:23—dead.

Ok, slowing it down a tick now. This song is lyrically beautiful. You’re going to hear this at a gazillion recitals, auditions, and senior showcases. It’s really beautiful.

Awww!! Hearing little kid voices sing it is so cute.

This song makes me want to live in a musical. You just need to dance along—ideally with a huge ensemble backing you. But also, this track is perfect for solo dance parties, getting ready in the AM, a good run—you name it!

There’s such a cool cowboy feel to this one. Feels the most musical theatre in a way because it’s so plot forwarding.

Ok, I didn’t know Loren’s voice before, and DAMN!! This is a song you want to screlt along to. So rich with emotion and I’m still shook by the vocals.

BOW DOWN! Seriously, not since sitting in the Brooks hearing her “Joy of the Lord” have I been so absolutely blown away by Tony nominee Keala Settle. My gosh! Queen. Also, this is a triumph for Pasek & Paul too. Engrave the Oscar now and add this song to every playlist you love.

I like this one a lot. I think you could totally use this as a wedding song if you didn’t mind your wedding song was from ‘The Greatest Showman’. Very romantic and sweet..and former 'Cabaret' star Michelle Williams is slaying these vocals.

Oh yay! More Loren Allred. Just a short sad reprise to make you question all your life choices till now.

Big final ballad for Jackman—very reflective. It picks up after the 2-minute mark though and ends with a big splash. This album is so joyous, and really top drawer Pasek & Paul music. It flies by. Not since the 'Chicago' film cast recording have I been this excited to own a movie soundtrack.