Get a First Look at Broadway Celebrates Oz, a Salute to 80 Years of MGM's The Wizard of Oz 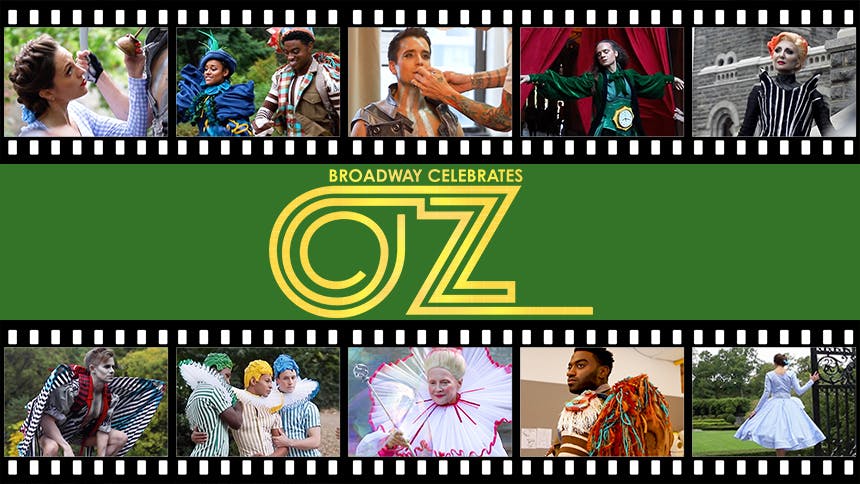 In 1939, MGM released what would become the most universally-beloved film of all time, The Wizard of Oz. Based on L. Frank Baum’s popular children’s book, The Wizard of Oz is a cultural touchstone, whether you grew up with the Judy Garland film airing once a year on television or fell in love watching on your VCR or DVD.


To commemorate 80 years of Oscar-winning film (as well as the upcoming 45th anniversary of The Wiz on January 5, 2020), BroadwayBox teamed up with photographer Curtis Brown, award-winning & up-and-coming costume designer Beck Jones, and director/videographer Jaytel Provence to present Broadway Celebrates Oz. We recruited an esteemed group of Broadway’s brightest for a modern, high-fashion look back at Oz and its beloved characters.


The complete photo series premieres on BroadwayBox on October 31, but you can get a first look at Broadway Celebrates Oz and its participants in the teaser videos below.

Ariana DeBose as The Scarecrow


Before this Tony Award nominee lights up the screen as Anita in Spielberg’s new West Side Story, the Hamilton, Summer, Pippin, and A Bronx Tale star brings her incredible physicality and dance skill to The Scarecrow.

Matt Doyle as The Tin Man


Matt Doyle, who returns to Broadway this spring as Jamie in Company, lends his heart and charm to the role of The Tin Man.

Jelani Alladin as The Lion


Jelani Alladin broke out and broke barriers with splashy back-to-back star turns in the Disney musicals Frozen and Hercules. Now, Jelani takes on the lovable Lion in our Oz series.

Jordan Roth as The Wizard


The Wizard of Broadway! The prolific Tony Award-winning producer, Jujamcyn Theaters president and fashion icon Jordan Roth was the obvious choice to breathe new life into the titular role of The Wizard.


As the witches of Oz, two-time Tony Award winners Christine Ebersole and Donna Murphy were absolutely magical. Christine, who is back on TV co-starring in CBS’ comedy Bob Hearts Abishola, totally reimagines the role of Glinda, the Good Witch.


Three standout dancers from the three hit Disney musicals are just delicious as the Lollipop Guild. We couldn’t get enough of the sweet Jaysin McCollum from The Lion King, Spencer Clark from Frozen, & Jamie Kasey Patterson from Aladdin.

Donna Murphy as The Wicked Witch of the West


Two-time Tony Award-winning stage and screen star Donna Murphy (Passion, The King and I, Wonderful Town, and, most recently, Hello, Dolly!) is the most glamorous Wicked Witch you'll find on either side of the rainbow.

Andrew Keenan-Bolger as The Flying Monkey


Actor, author, and filmmaker Andrew Keenan-Bolger first appeared on Broadway as a child actor in Beauty and the Beast and Seussical. As an adult, he returned to star in Newsies, Mary Poppins, and Tuck Everlasting. He teams up with Donna Murphy to bring his fearless physicality to The Flying Monkey.

Stay tuned for the full series and follow @Broadwayboxcom for all things #BwayCelebratesOz.