Stephen Brackett Takes On Seven Questions About Directing The Lightning Thief for Broadway, the Be More Chill Rebellion, & the Future of A Strange Loop 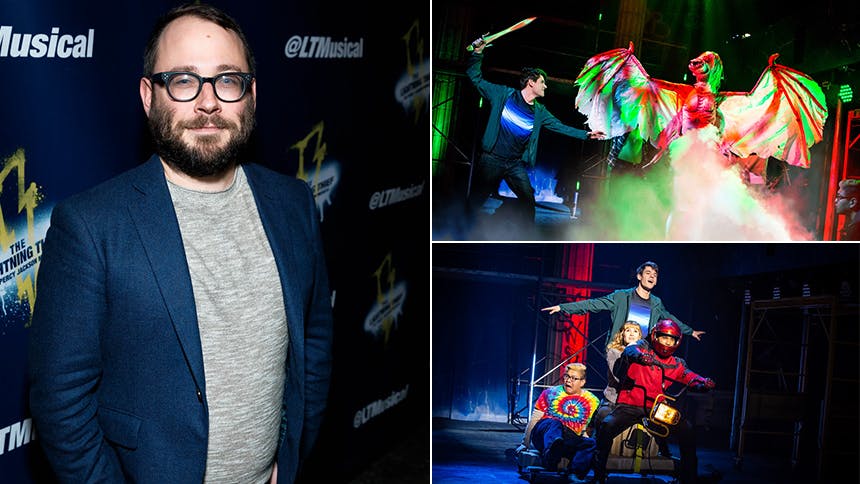 Director Stephen Brackett is the man behind buzz-worthy new works like Buyer & Cellar, A Strange Loop, Be More Chill, The Mad Ones, and Broadway's new musical The Lightning Thief: The Percy Jackson Musical

. Brackett has been at the helm for the musical adaptation's hit off-Broadway run, popular national tour, and current Broadway mounting.


Scroll on as BroadwayBox talks with Stephen about bringing the world of Percy Jackson to stage, Be More Chill's act of rebellion, his Passing Strange experience, and the future of A Strange Loop.

1. The Lightning Thief is presented in such a creative way. Early on, how did you figure out the vocabulary and method you’d use to bring this epic book to the stage?
We knew that this would be a production that used limited resources to tell a giant epic story (we originally had to fit it in a single van for a TheaterWorks USA tour!), so we spent a lot of time thinking about what kind of an environment in which this story could be told. Our great set designer, Lee Savage, brought in a bunch of visual research including pictures of Greek architecture in various states of restoration. That idea really resonated with me, and it felt like it riffed off of what the novel’s writer, Rick Riordan, was doing with his stories; he was taking the classic stories of the Greek gods, and building on top of them to tell them in a very modern way—he was giving something ancient a beautiful refurbish. So, once we landed on that container, we started the conversation about how to make the moments of spectacle onstage happen with detritus we might find on that location—moments like an exploding bus or a tidal wave or a man in a wheelchair standing up to reveal that he’s a centaur. Working on an adventure story where we have a ton of moments like these, and meet monsters and gods, well that’s a pretty dreamy landscape for a director to play within, and it’s been a real joy making epic things happen from seemingly nowhere. I’m a big believer that we don’t always need giant moving scenery to illustrate a story. When these moments of spectacle unfurl, it feels like the audience is participating in the creation of the effects onstage as opposed to being fed them.

2. How has your approach to The Lightning Thief changed from off-Broadway, the tour, and now Broadway?
The biggest shift was figuring out how to take our show, which was built for the little gem the Lortel Theater in the West Village, and have it fill out much larger theaters across the country. We knew we wanted to keep a hold on the scrappy theatricality that was the basis of the show, but we doubled down on David Lander’s epic lighting. But in a great way, it still feels like the show we built originally. I was fearful that audiences would feel far away from the performers onstage, but luckily that has not been the case. It’s been incredible to see these amazing actors fill the space with their spirited take on the show, filling these theaters with heart and humor. A big part of the show is in relishing these virtuosic performances—we have about thirty characters in the show portrayed by seven actors (the quick changes backstage are unreal!) —so it was important to me that the actors were showcased for their amazing talents in these larger spaces. And in bringing it to Broadway, we were lucky the Longacre Theater manages to have a sense of intimacy; the actors feel very present in that theater. The writers (Joe Tracz and Rob Rokicki) and I have continued honing in on the show and making sure that it’s firing on all cylinders and delivering on the heart, the comedy, and the adventure.

3. Which play or musical rocked your world when you were coming up as a young directing student?
I remember seeing Ivo van Hove’s A Streetcar Named Desire at NYTW when I was a student at NYU and I absolutely lost my mind—the image of Elizabeth Marvel thrashing around in that bathtub I think is permanently embedded in my brain. Seeing that show crystallized something for me in terms of an aesthetic that I felt drawn towards—the simplicity of image combined with a bravura performance. I find myself riffing on that a lot in my work, how to distill an image into its purest essence and pull the audience in towards a central performance. But yeah, that show really changed the game for me. 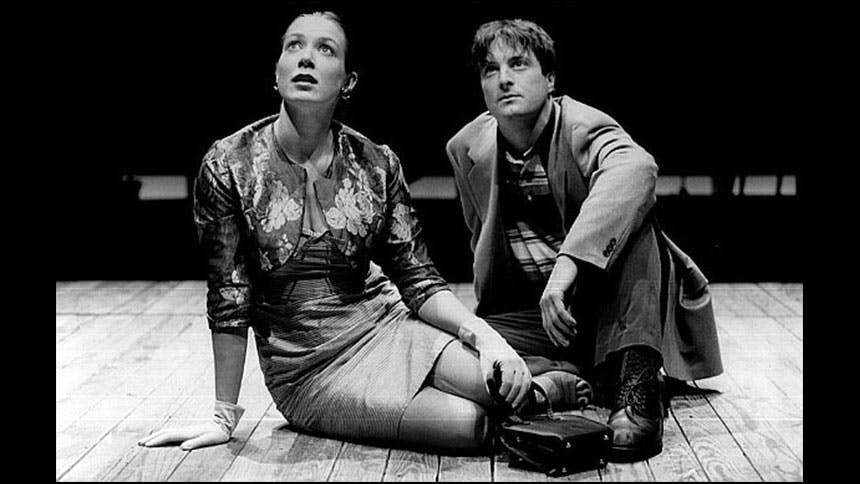 
4. I loved A Strange Loop! Which element of that production were you proudest of? Any chance we’ll see it again?
That show was a real labor of love, I had worked with Michael on countless readings over seven years and there were moments where Michael and I thought it might simply be too much for the American theater to handle. But Michael persisted, and we always pushed the piece to be more acutely true to itself. I think I was proud of every single ounce of that show. I loved that we worked with a cast of actors assembled over many workshops, so we started on day one of rehearsal with a group who had an incredibly deep understanding of the show. I love that the audience felt the beating heart at the center of the piece so profoundly at every moment, even/especially when it felt hard to look at. Maybe the aspect I’m proudest of is a bit too earnest, but it just felt overwhelmingly rewarding to see an audience see and feel and respond to all of the aspects of Michael and his brain and heart that I’ve loved for years. I’d love to see a future for the show, we’re keeping considerable amounts of fingers crossed on that one.


5. You were the assistant director on the Tony-nominated musical Passing Strange. Looking back, what was the most important thing you learned during that experience?
I always say that assisting was my grad school because of the hands-on experience it provided me, and the window it gave me to watch, from the inside, the process of getting a show up onto a stage. Passing Strange was such an exquisite piece of theater. It was really insightful for me to be with a show through a transfer from off-Broadway to Broadway. Watching the balancing act of Annie Dorsen, the incredible director (and new MacArthur genius!!!), keeping the integrity of that show tight while meeting various demands was pretty profound. We’re in a really exciting moment for musical theater where writers are pushing at the boundaries of what a musical can be and we are seeing more risks being taken with that form. I think Passing Strange helped set the platform for this moment. No one had seen a musical that looked or sounded like or covered the same material as that show. It was pioneering some beautiful and challenging ideas both in terms of form and content. Being a small part of that moment was really galvanizing for me.


6. What was the highlight of the Be More Chill experience for you?
There was something that felt a little radical about our trajectory that felt pretty unique—we kept on hitting these points that felt like, “ok, here's the end of the road for our show.” When we opened it at Two River Theater, we were just so in love with it, and felt that love coming back to us from our audiences, and we were optimistic about a future for it in New York. But then a middling review from The Times stopped all of that buzz. It was the first time in my career that I felt that colossal power of The New York Times. All conversations about moving the show just simmered down to silence. It was a hard moment for all of us to digest.

Flash forward to three years later—after many drinks with my collaborators lamenting the lack of traction with the show—and the social media popularity of the cast album has landed us a meeting with a producer who wants to bring it to New York. We get it up, we sell it out, we love it yet again, and then boom another harsh review from The Times. Déjà vu, but the stakes feel bigger this time around. But the team persisted, led by our fearless producers, we extended the show and it sold out in like six hours. There was an audience there for us that was not controlled by a single review. And so, we transferred to Broadway, and that felt rebellious—like giving the best middle finger to the tradition of how a show transfers. So, the highlight for me is that we got Be More Chill to freaking Broadway. I’m not necessarily the most outwardly emotional person you’ll ever meet, but I must admit I had some really joyful cries with Be More Chill. It felt like we all had a lot of pent up emotion around the show, it was such a celebration to take it that far.


7. You’ve directed a lot of new works in New York. Is there a revival you dream of taking on some day?
I really love working on new work, I cherish the working relationship with writers. So, if my whole career were working on new works I’d be a very happy man. But if Disney wants to revisit The Little Mermaid they should give me a call.