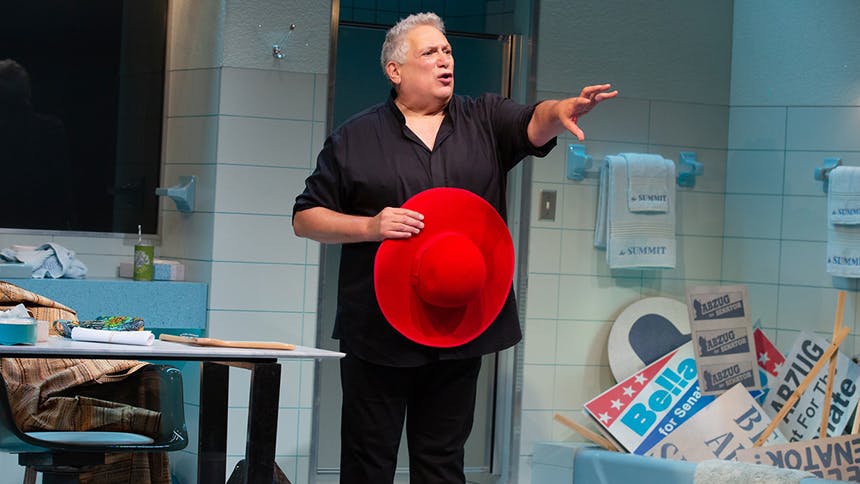 Four-time Tony Award winner Harvey Fierstein first burst onto Broadway in 1983 with Torch Song Trilogy, a play he wrote and starred in, winning duel Tony Awards for Best Play and Best Actor in a Play. He then picked up his third Tony Award for writing the book to the groundbreaking Tony-winning Best Musical La Cage aux Folles and his fourth for starring as Edna in Hairspray. He earned subsequent nominations for writing the books to the musicals Kinky Boots and Newsies, and the historical drama Casa Valentina.


This fall, Harvey is back starring on the New York stage in his new play Bella Bella. The one-person show shines a spotlight on the formidable and innovative New York politician Bella Abzug.


To play Bella, Harvey does not don drag—he just infuses his spirit with Bella’s and delivers a performance as Bella. Below, check out three short clips from the Manhattan Theatre Club production.

Bella Bella
Best Priced Tickets
Newer
Five Burning Questions with The Height of the Storm Star Lisa O'Hare
Older
Stephen Brackett Takes On Seven Questions About Directing The Lightning Thief for Broadway, the Be More Chill Rebellion, & the Future of A Strange Loop
Sign up for BroadwayBox Discount Alerts