Check Out Mary Bridget Davies' Debut Single “The Right of Way” from Her Upcoming Album Stay With Me: The Reimagined Songs of Jerry Ragovoy 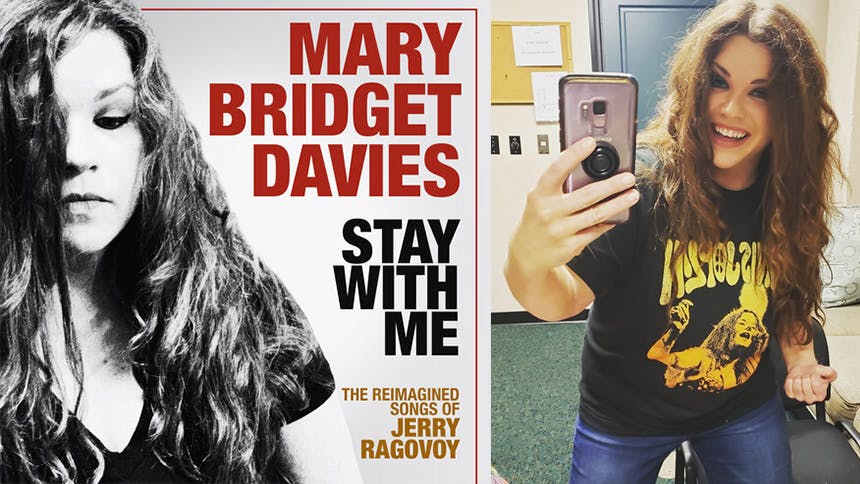 When Mary Bridget Davies made her Broadway debut in 2013 as Janis Joplin in A Night with Janis Joplin, her performance was so electrifying that she won a Theatre World Award and received a Tony Award nomination for Best Actress in a Musical. You can watch the show on BroadwayHD if you missed it.


In January 2020, Mary Bridget Davies and Broadway Records will release her new album Stay With Me: The Reimagined Songs of Jerry Ragovoy

. This weekend, she celebrates her release of the album’s first single, “The Right of Way”, with concert at Le Poisson Rouge on Saturday, October 26. Get a first listen to her Mary Bridget Davies’ new single “The Right of Way” below.
Newer
Friday Playlist: Celebrate 25 Years of Disney on Broadway with the Iconic Ladies From Each Musical
Older
Go Backstage at Broadway’s Betrayal with Tom Hiddleston, Zawe Ashton, Charlie Cox, & Eddie Arnold