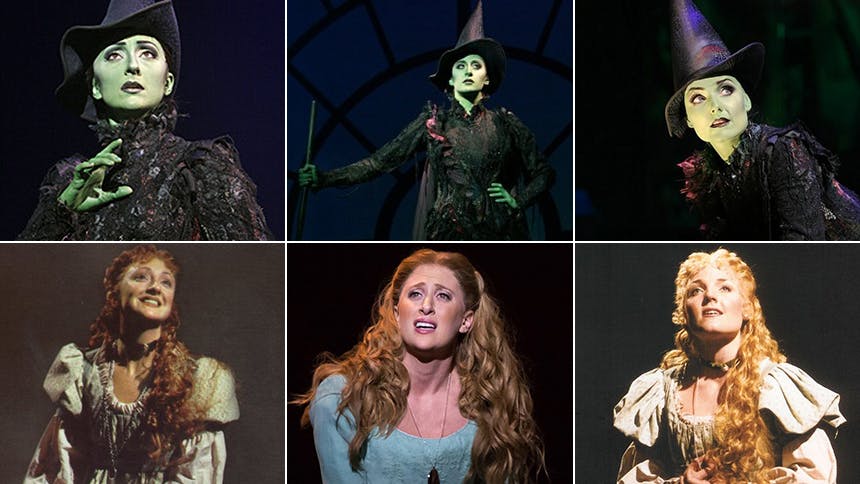 
Early in her career, the Frozen queen played the role of Elphaba in the 2008 Los Angeles production of Wicked. She would go on to open the most recent revival of Les Miserables as Fantine—it’s still such a shame that cast was not recorded because her jawdropping “Epilogue” alone would have been worth it.


The Tony Award nominee made her West End debut as Fantine in the long-running, original London production of Les Miserables before flying high in the Chicago production of Wicked.


The former Waitress headliner played Elphaba on the First US National Tour before starring as the final Fantine in the most recent Broadway revival of 2016.


Before becoming the first British actress to star as Elphaba on Broadway, Kerry Ellis was a West End star who jumped from her role as Fantine in Les Miserables to Idina Menzel’s standby in the original West End production of Wicked. She took over the role full-time after Idina left, becoming a legendary Elphaba herself.


Ok, while former Broadway Elphaba and Mad TV star Nicole Parker didn’t technically play Fantine in a legit musical production of Les Miserables, she did appear as the tragic French character in an episode of the sketch comedy Key & Peele.


If you haven't seen the fifth longest-running show in Broadway history, get over to the Gershwin Theatre to experience Wicked.