Hungry for More Derren Brown? Here Are Four Jaw-Dropping Videos to Watch After Seeing Him on Broadway 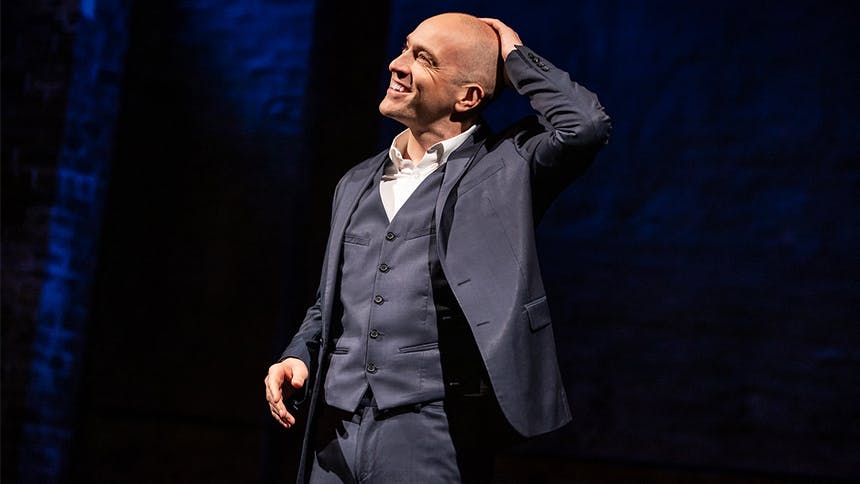 . The wildly interactive and entertaining theatrical experience is unlike any other. At one point, you will think everyone in the audience but you is in on the game because Derren Brown’s ability is just that uncanny.


Now, if you’ve seen Derren Brown: Secret already and you’re hungry for more of his brand of magic, check out these four videos.


Like many Derren Brown videos, this is not only illusion, it also offers insight into his childhood and lets you know the man behind the curtain. It also features Glenn Close doing her best Moonstruck and slapping Derren. It’s a fun time.

Could You Kill a Kitten?


With over 6 million YouTube videos, this is one of Derren’s most popular online videos. He walks audiences through how he manipulates the mind through negative suggestion so that Lauren, the participant, is more likely to kill a kitten than collect $500.

How Much Would You Charge to Stick a Knife Through Your Foot?


With 11 million views, this is Derren’s most viewed clip online, and it’s WILD. You watch in real-time as the young participant stomps on cups, not knowing if one secretly holds a blade that will cut deep into his foot. Talk about some edge of your seat viewing.


This is a famous Derren stunt (there’s even a behind-the-scenes video about it), and it’s just as anxiety-producing as ever.