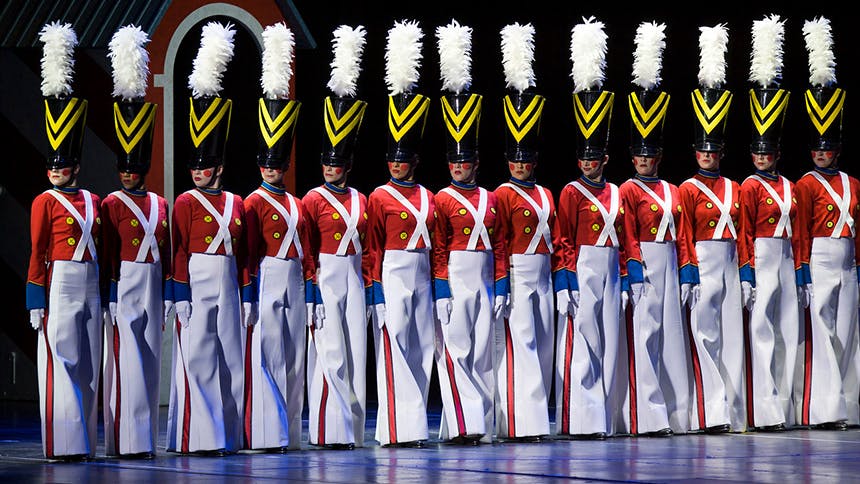 Photo by Courtesy of MSG

It’s November and the holiday season is just around the corner! Tonight, the iconic Radio City Rockettes begin their run in the 2019 Christmas Spectacular

. A New York holiday tradition since 1933, the Christmas Spectacular returns this year with an exciting new show featuring state of the art technology and America’s most beloved dance company, the Rockettes.


Scroll on as we share 10 facts most people don’t know about the Christmas Spectacular Starring the Radio City Rockettes.

1. The authentic double-decker bus in the scene “New York at Christmas” weighs an astounding seven tons and is 34 feet long and 12 feet high. During the course of the eight-week run, it travels approximately 37 miles onstage. Off-stage, the bus hangs 23 feet in the air for storage.

3. Because of the demand and number of shows in a day, there are actually two casts for the Christmas Spectacular with 40 Radio City Rockettes in each cast. Each cast performs in approximately 100 shows each season.

4. Each of the Rockettes change costumes eight times during each show, typically with only a couple of minutes in between numbers. In one of the changeovers, they have only 78 seconds to change their costumes.

5. In the tap numbers “Rag Dolls” and “The 12 Days of Christmas,” the Rockettes tap shoes have embedded microphones, so all of the tap sounds you hear in the theatre are live.


6. Two of the most beloved scenes in the Christmas Spectacular are “Parade of the Wooden Soldiers” and “Living Nativity”, both of which have been part of Radio City’s holiday tradition since they were first performed on the Great Stage in 1933.

7. Because there are more than 1,100 costumes worn in the show, 350 loads of laundry are done per week at the Christmas Spectacular. Laundry is running consistently for 16 hours per day during the week and 20 hours per day over the weekend.

8. Part of what makes this show possible are the technical capabilities of the Great Stage at Radio City Music Hall. The Great Stage, as it’s known, measures 144 feet by 66 feet and is comprised of four elevators. Together, all four elevators weigh 380,000 lbs.

9. Radio City Music Hall houses one of the world’s largest native 8K-resolution large format indoor LED screens, which serves as the backdrop for the Christmas Spectacular throughout the 90-minute production.

10. You can get in on the magic. More than 1,300 Stage Door Tours (or approximately 30,000 people) are guided through Radio City during the busy holiday season. The tour allows visitors to learn about the architectural history of the Hall, experience the grandeur of the iconic landmark, and meet a Radio City Rockette.