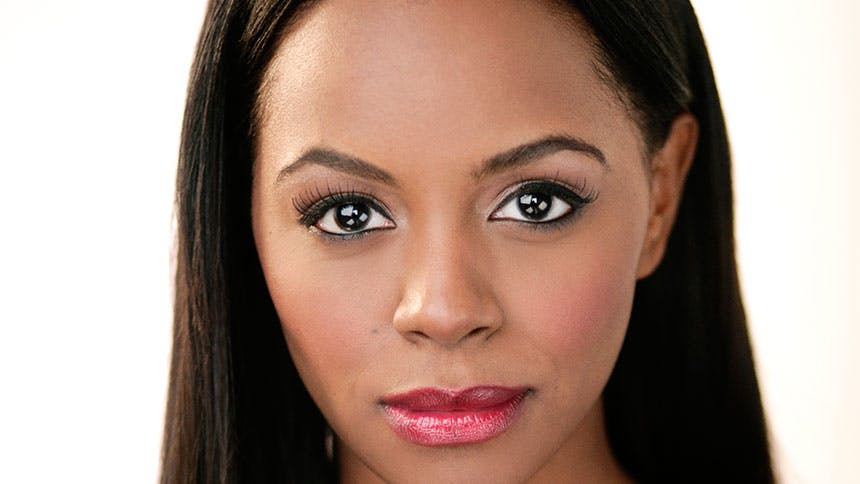 Krystal Joy Brown is enjoying life as the ultimate Broadway diva, Ms. Diana Ross, in the hit musical Motown at the Lunt Fontanne Theatre. (“It fits really well for me. It’s the most effortless job I’ve ever had but it’s also one of the hardest!”) Brown, whose previous stage credits include Rent, Hair, Leap of Faith and Big Fish, opened up to BroadwayBox about tapping into the larger than life character, writing a novel and the Golden Girl she most relates to in this week’s Five Burning Questions.

1. What makes your Diana Ross special? How do you approach her?
I really try to highlight the relationship between her and Berry Gordy. My approach is to show the naturalness and ease of her, and how she grows from this eager, ambitious teenager into this superstar. That’s what I try to convey the most. I want to capture the person inside the diva.

2. BroadwayBox recently named Diana Ross the Best Dressed Character on Broadway. Which of those amazing costumes do you wish you could steal?
The gold beaded dress is just so stunning. It’s heavy but it’s gorgeous. It’s that timeless elegance that Diana Ross was notorious for. That would be the one I would put in my purse and take with me forever.

3. Before joining Motown, you were featured in Big Fish and Leap of Faith. What’s the best part and the hardest part about being in short-lived Broadway musicals?
It’s hard to let go of something you find so special. You put your heart and soul into creating something, and when it isn’t received, you think, “Why can’t they see how amazing this is?” The best part is creating a family. Sometimes with a flop you create a bigger family; there’s an odd bond and you can laugh and cry about it for years later together.

4. I read you’re a huge Golden Girls fan—which Girl are you?
Golden Girls is my everything! I’m such a Golden Girls nerd. All of my friends would say I’m Blanche. She’s so dry and so funny.

5. You wrote a novel?! How did you find the time?!
Yes, A Girl’s Guide to Dealing with the Devil. It’s a New York coming-of-age book that’s raw, funny, fast-paced and suspenseful. It’s a different side of me than the Broadway community is used to. I write and I write songs. I just love creating, whether it’s putting on a performance or writing it out creatively. I feel the need to connect to people and tell stories. And I love hearing other people’s stories and learning from them; I’m the biggest kid when I’m an audience member. I just love the human experience.

Valentine’s Day Bonus: What’s your favorite romantic movie?
I have to say P.S. I Love You. It’s a sad one but it’s encouraging. My father died when I was five years old, and then, last month, my mom’s fiancé passed away of lung cancer; so it’s interesting to me because the love never dies and you have to find a way to transform it and continue living. I think that’s a powerful message.
Newer
Idol Worship: Jarrod Spector Shares His Three Beautiful Muses
Older
Hugh Jackman Is Back! Watch The Most Rare Musical Moments From This Year’s Tony Awards Host
Sign up for BroadwayBox Discount Alerts