The Kiss, The Touch, The Feel of Love on Broadway in 10 Animated GIFS 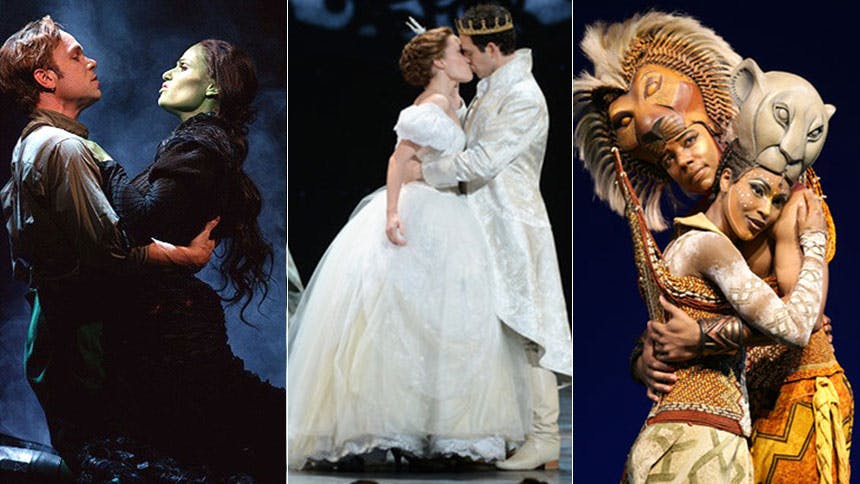 As Valentine’s nears, BroadwayBox spotlights the kisses, the touches and the romantic moments in Broadway musicals that our hearts sing. Check out these 10 original animated GIFS celebrating Valentine’s Day on Broadway.

Beautiful’s Cynthia Weil & Barry Mann know about walking in the rain, wishing on the stars and being so in love.

It only takes a touch for a Cinderella’s fairytale romance to come true.

The answer is yes, you can feel the love tonight from The Lion King’s Simba & Nala.

We should all be so lucky to be kissed as passionately as Motown’s Diana Ross.

This Newsies smooch gives us something to believe in.

Even after 26 years on Broadway, the Phantom’s touch still makes Christine melt.

In Rock of Ages you have to be careful not to mess with the feathered hair when showing affection.

Thanks to Rocky and Adrian, there’s nowhere more romantic than an ice skating rink.