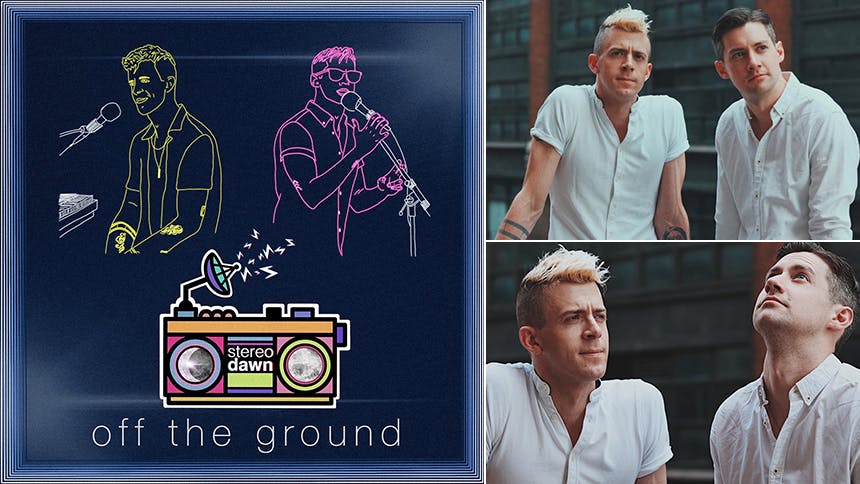 Broadway’s Chris Dwan (Little Shop of Horrors, Finding Neverland) and Will Van Dyke (Little Shop of Horrors, Pretty Woman, Kinky Boots) are gearing up to drop their debut album Off the Ground on September 27. The guys perform as the band Stereo Dawn, a duo whose sound is inspired by singer-songwriters of the ‘90s, boy bands of the 2000s, and the contemporary music of today. Below, get a first listen to the song “Stereo” off the new album. Check it out, and don’t miss Stereo Dawn’s album release party at Feinstein’s/54 Below on October 6.