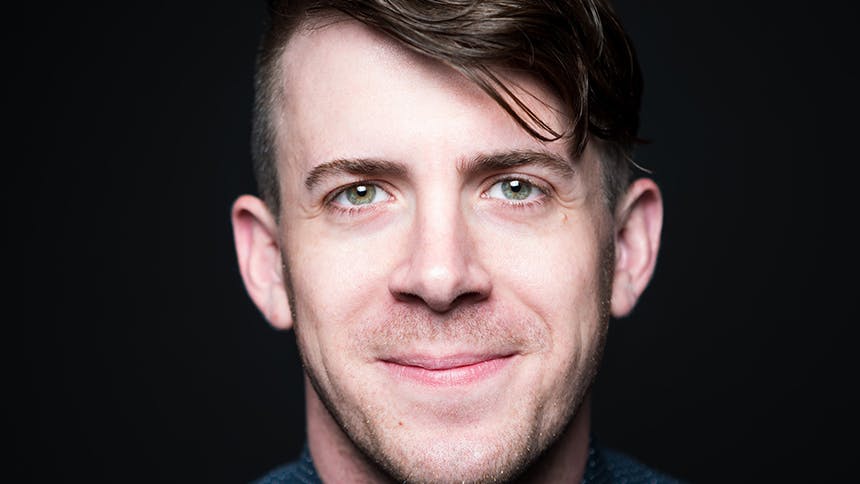 . Will is the show's music arranger, orchestrator, musical supervisor, and the musical's conductor. He worked alongside legendary songwriters Bryan Adams and Jim Valance and director/choreographer Jerry Mitchell to shape Adams and Valance's killer songs into a Broadway score.


In addition to his work on Broadway, the young composer, lyricist, and musical director is a force in New York's concert scene. He worked on acclaimed shows with Annaleigh Ashford, Matt Doyle and Jackie Hoffman. He assembled the band The Whiskey 5 and served as their musical director. And next, his and Chris Dwan's new band Stereo Dawn performs their first show in New York on May 19 at The Green Room 42.

We are trying a thing. It’s all new music and you should be there. May 19th, @thegreenroom42 at 9:30PM. Tickets link on the website. @blackdwan


BroadwayBox caught up with Will to discuss his process on Pretty Woman, working in a Broadway pit, and his upcoming concert.

1. What's the biggest lesson you learned working as musical director on Kinky Boots that informed what you do and how you work on Pretty Woman?
I was the associate music director when Kinky Boots started, and I was working with Stephen Oremus and Brian Usifer. Stephen was the music supervisor and orchestrator, and Brian was the music director. The three of us went to Chicago together, and then worked on the show on Broadway together. And then as they left to go work on Frozen, I took over on Broadway until Pretty Woman started. Watching that whole experience and seeing how gracious Cyndi [Lauper] was and working with somebody who has such a command of her craft and knowledge of music. Then putting her into a musical theatre world, she was a little bit of a fish out of water; and watching the way that Stephen was able to guide her through that and navigate her through that was really incredible. That was the biggest lesson jumping into Pretty Woman. Bryan and Jim have a better ability to write a hit song than anybody I've ever met in my entire life, but that doesn't always mean it's a great theatre song.

The biggest lesson from Kinky Boots was to watch and listen and hear everybody's point of view before saying anything. Because if you say the wrong thing at the wrong time, they might write the wrong song and not what Jerry needs musically. It's about making sure that everybody understands and is on the same page for making giant steps forward.

2. What was the process like working with Bryan Adams and Jim Vallance to orchestrate and arrange their score for Broadway?
I think a good example of working with Bryan and Jim is the end of Act One of our show. They wrote "You're Beautiful" as a song that you would hear on the radio. So then we had to construct it into a number that takes Edward and Vivian from the Beverly Wilshire, to Rodeo Drive, to the snobby girl's shop, and then bring Vivian back out onto the street to have her big moment at the end of the act. It's about taking what they have, honoring the song that they wrote, and then figuring out how to make it sing for everybody's voice.

They recorded everything, and that was basically how they wrote the score. They gave the demo of a song, and Jerry would approve it or not approve it. But once a song stuck, then it became mine to filter into Pretty Woman: The Musical, which was cool. And then obviously, Bryan and Jim had opinions about it, but they were super on board for everything. What they taught me about hit song writing is invaluable.

2. What do most people not know or understand about the job of a Broadway conductor?
I think that the biggest thing that people don't realize is that it's hard. It's exhausting to do a show, especially because Pretty Woman has a lot of music in it underscoring-wise, so there aren't a lot of breaks. Also, just the physical challenge of it is really demanding. You're in charge of keeping the ship running and making sure that the way the show sounded on opening night is the way it sounds every night that people see the show. It's talking to actors, talking to musicians, scheduling rehearsals with stage management. It's a big undertaking. But it's fun. I'm very fortunate. The musicians of Pretty Woman are the greatest people, not only just the greatest musicians. Going to work is super fun, but not everybody has to be there all the time. People are out sometimes, and you have subs on a regular basis, and because we're so used to playing a really particular way, there are a lot of variables.

4. What are three pieces of advice you have for someone who wants to conduct or play in the pit on Broadway?
I have to give credit to Brian Usifer here, because he and I always laugh that the biggest piece of advice you can give to people is don't be an asshole. Truly, when it comes to being a musician, I think kindness is king. I started playing in pits of Broadway shows because people liked me, I was nice, I always said yes to things, and I was available. Never let any frustration show because that's not what it's about. Nobody's trying to take advantage of you. People just are trying to get art made. If you are a combustible energy in that space, it's hard for people.

Then in terms of logistical advice, Local 802, which is the musicians union, is a great resource for young musicians. Join the union; get to know other musicians; sit in Broadway pits; watch people play; go to gigs with your music and meet people in that work. That's so important in terms of getting into this scene.

I toured for a really long time. I was on the first national tour of Wicked, and I did the Kathleen Marshall revival of Grease that toured. Those were really invaluable experiences. It gives you sea legs in terms of playing in pits and things like that. So, if opportunities like that come, I always so, "Go do it."

5. Tell me about working with Chris Dwan and creating the band Stereo Dawn. What inspires you about that collaboration? How did you figure out what you wanted for Stereo Dawn’s debut show at The Green Room?
Chris has such a clear artistic vision and will see it through to the end. He is unwavering about the story he wants to tell. When he approached me about doing another show (which originally that's what this was going to be), he said I want to write some more original music. And we wrote one song, and then we wrote another song, and then we wrote another song. Then we were like, "Are we just writing songs and not writing a show?” Then we just kept going and we wrote a total of 14 songs that we are really proud of. We're super excited to share it with everybody.

Check out Will Van Dyke in 'Pretty Woman' at Broadway's Nederlander Theatre, or with his band at The Green Room 42 on May 18.