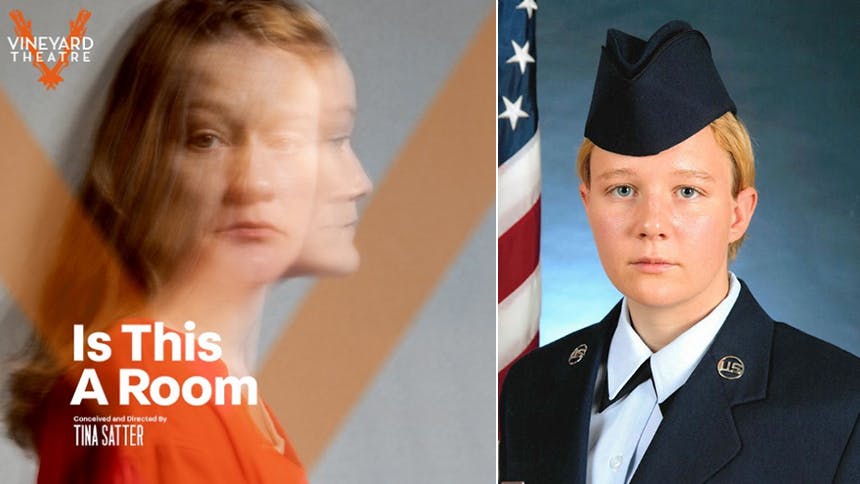 While a new whistleblower’s story of corruption within the Trump administration dominates headlines the world over, The Vineyard Theatre prepares to present Is This A Room

, an eye-opening new play conceived and directed by Obie winner Tina Satter. Using the FBI transcript of that day verbatim, Is This A Room tells the true story of what happened when Reality Winner, an Air Force veteran, gifted linguist, and civilian contractor for the NSA, was surprised by FBI agents at her home interrogating her for espionage on June 3, 2017.

25-year-old Reality Leigh Winner was charged with "removing classified material from a government facility and mailing it to a news outlet." The material originated at the National Security Agency (NSA). It is believed she leaked an intelligence report to the website The Intercept about Russian hacking, in particular Russia gaining access to at least one US voting-software supplier during the 2016 election. In August of 2018, Reality took a plea deal to serve five years and three months in prison for violating the Espionage Act. It was the longest sentence ever given for leaking classified information to the press.

#ISTHISAROOMVT is a #mustsee this Fall! #thenewyorktimes "The actual transcript of an FBI interrogation of Reality Winner, a 25-year-old former Air Force linguist currently in a federal prison for leaking a top-secret government report to the media, forms the basis of this play, conceived and directed by Tina Satter" https://www.nytimes.com/2019/09/11/theater/plays-musicals-critics-picks.html


This all-too-timely production of Is This A Room runs at off-Broadway’s Vineyard Theatre through November 10. Below, check out a NBC News piece with the creator about the show.