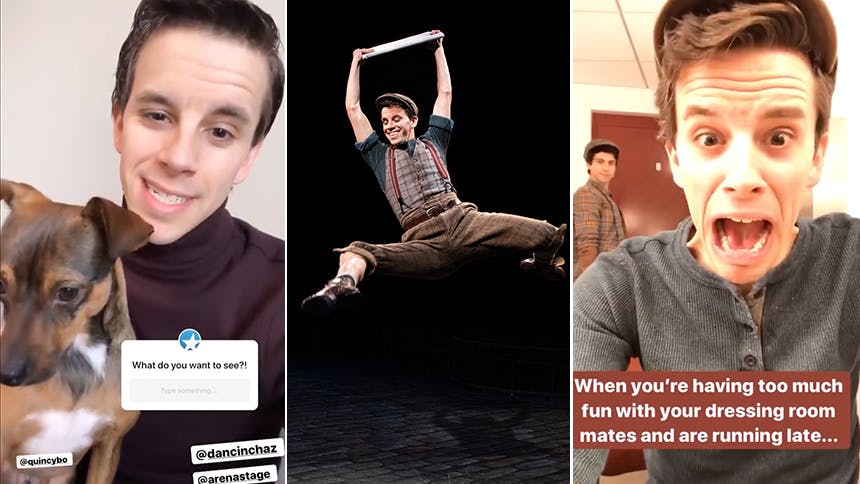 Chaz Wolcott is carrying the banner once more, this time as Race in the intimate Arena Stage production of Disney’s Newsies

. As Fansies know, Chaz previously toured for two years as Buttons in the First National Tour of Newsies and appeared on the filmed version of the musical (now available on Disney+).


The charming actor and choreographer took over the BroadwayBox Instagram on December 7 to offer fans a look behind the scenes at the timely DC production, an introduction to the cast, and a Q&A.


If you’re in the DC area, don’t miss Chaz Wolcott and company in Newsies, running at Arena Stage through December 29.

Newer
Watch the Joyous Showstopper “The Famer and the Cowman” from the Tony Award-Winning Revival of Oklahoma!
Older
Introduce Yourself(ie): 10 Questions with The Inheritance Standout Jordan Barbour