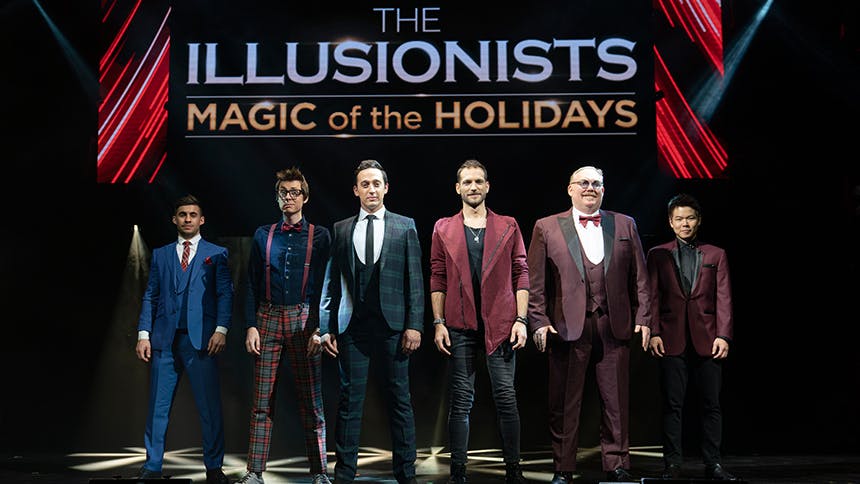 return to Broadway for their fifth season. These guys blow Broadway audiences away at the Neil Simon Theatre with their individual acts—leaving people wondering aloud, “How did he do that?”


BroadwayBox recently caught up with these masters of their craft and asked each of them, who is a magician or illusionist you admire that we need to check out on YouTube right now? Here’s what the guys said.


Simon Coronel. You may not know him in New York, but he’s from my hometown of Melbourne, and he’s one of the best magicians I have ever seen. He’s also directed a lot of my work as well. He’s a genius. He’s the first performer ever to fool Penn & Teller after not fooling Penn & Teller. He didn’t fool them, and then they thought about it for a few weeks and called him back a year later and said, “You definitely fooled us.” You should look up his stuff—it’s mind-blowing.


One magician that really influenced me the most is Yif. He’s an Asian magician, and I worked for him for two years as a consultant. The way he does magic is really interesting because he tells a story and everything he does is really visual. It’s his fault why everything I do has a story and is visual. Check him out.


The great thing about magic is that around the world there are magicians doing their own versions of similar things. There’s a Swedish guy Carl-Einar Häckner and he does a trick with a banana. I don’t want to say more about it. It’s a trick that has been around forever and loads of people do it, but no one does it better than him. It’s a really good one. Then also Penn & Teller, Penn does a trick with a nail gun and that’s one of my favorite tricks I’ve ever seen anyone do—it’s a memory act but with real danger involved.


Mac King is a long-running headline in Las Vegas, and he’s a comedy magician and a man after my own heart. He is from Kentucky and he plays that character great. At first you look at him and think, “Is this just for kids,” and then you start to watch. His comedy and magic combination is a master class. Other than that, Derren Brown, who is right here on Broadway. If you haven’t seen his stuff, I urge you to take a look at that too.


Well, I would say Richiardi Jr. He’s a magician from Peru and he passed away about 30 years ago. For me, he was the most elegant—it was like if you took an matador and a magician and put them together. It was very dynamic, but he was very much a minimalist. Every move was calculated; there was no wasted movement. Everything was very simple and beautiful.


Don't miss impressive Broadway magic at The Illusionists: Magic of the Holidays, running at Broadway’s Neil Simon Theatre through January 5, 2020.