Who Is Slava Polunin? Learn About the Russian Clown Behind Slava’s Snowshow 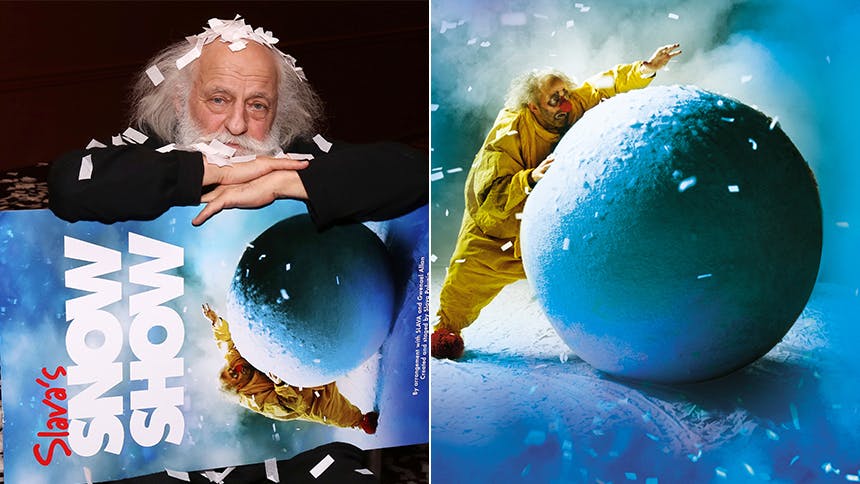 For the first time in over a decade, the Olivier Award-winning and Tony-nominated international sensation Slava’s Snowshow

returns to New York to delight a new generation with the rich visual experience that combines pantomime, technology, and clowning—a truly singular Broadway experience. The Snowshow runs at Broadway’s Sondheim Theatre through January 5, 2020.

The man behind the magic is Russian performance artist Slava Polunin, who first created the show over 25 years ago. Growing up in a remote town in central Russia, Slava's interest in pantomime began in high school. ““For many years, I have studied the possibilities of clowning. I was longing to understand if clowning could be lyrical, poetic, dramatic or tragic,” said Slava.

After studying at the Leningrad Institute for Soviet Culture, Slava broke out on Russian TV in 1981 with the telephone sketch below.


He continued to create shows that played the USSR. He founded a theatre company, The Licedei , during the 1980s.


Then in 1993, Slava premiered what would be his signature piece, Slava’s Snowshow. It opened in Moscow in 1993, and then burst onto the international scene thanks to a huge debut in the 1996 Edinburgh Festival. By 1997, the show was playing the Old Vic in London. It opened its record-breaking off-Broadway run in 2004, transferred to Broadway in 2008, and is now back on Broadway 11 years later. “The essence of my work is to bring myself and my audience back to childhood dreams,” Slava said.